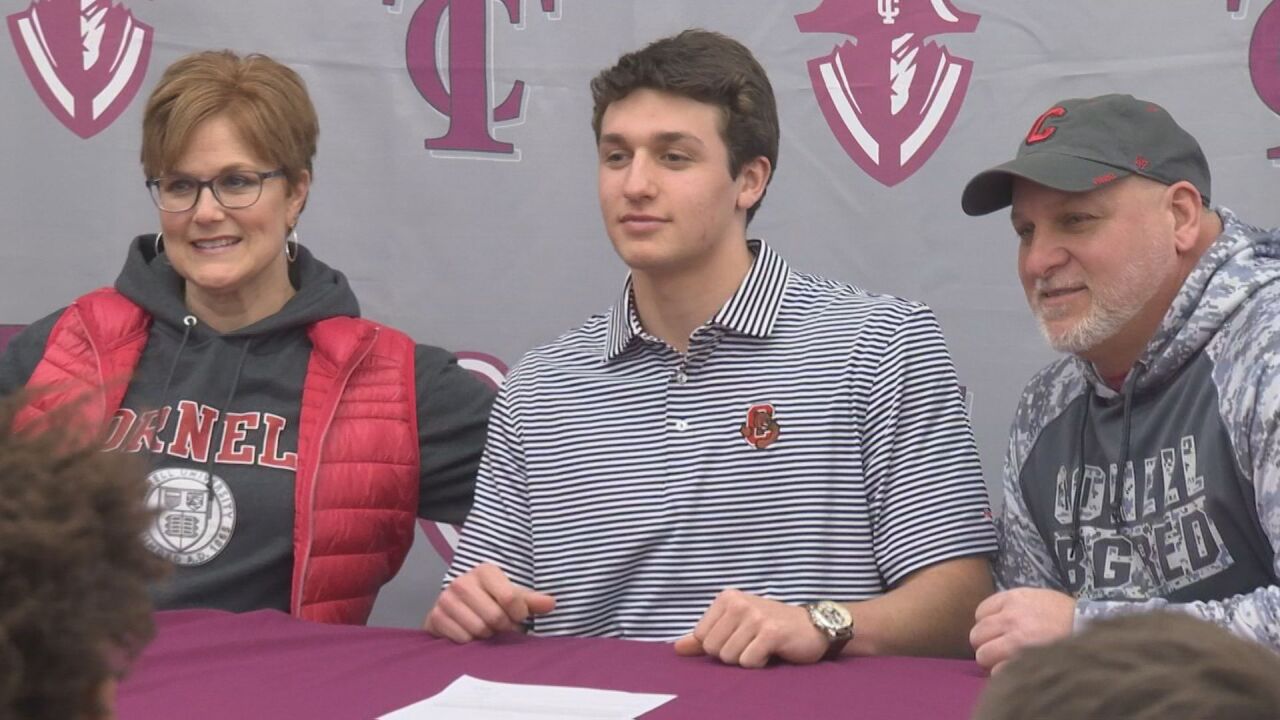 Duby led the state in passing this past season, throwing for 4,695 yards, 47 touchdowns and 12 INT for the Commodores, who fell in the 6A Semistate Championship to Male.

"I'm super excited about it, I visited not too long ago and just really solidified everything," said Duby. "I had a great time up there and I'm excited to get up there.

Obviously what it can do for me after college was a big part of my decision. Coach Archer, I love him, he's a great guy and as far as the offense, I think they do a lot of stuff that I would be comfortable with."

Cornell finished the 2019 season with a 4-6 record. They were ranked 6th in the IVY League with 232.7 passing yards per game.

"I'm super excited about it. I visited not too long ago and it just solidified everything."@TCDORES1' @lukeduby4 officially signed to play for @BigRed_Football next season. Duby led the state with 4,695 yards through the air last season and threw 47 TD. pic.twitter.com/Dd7mwINAwE