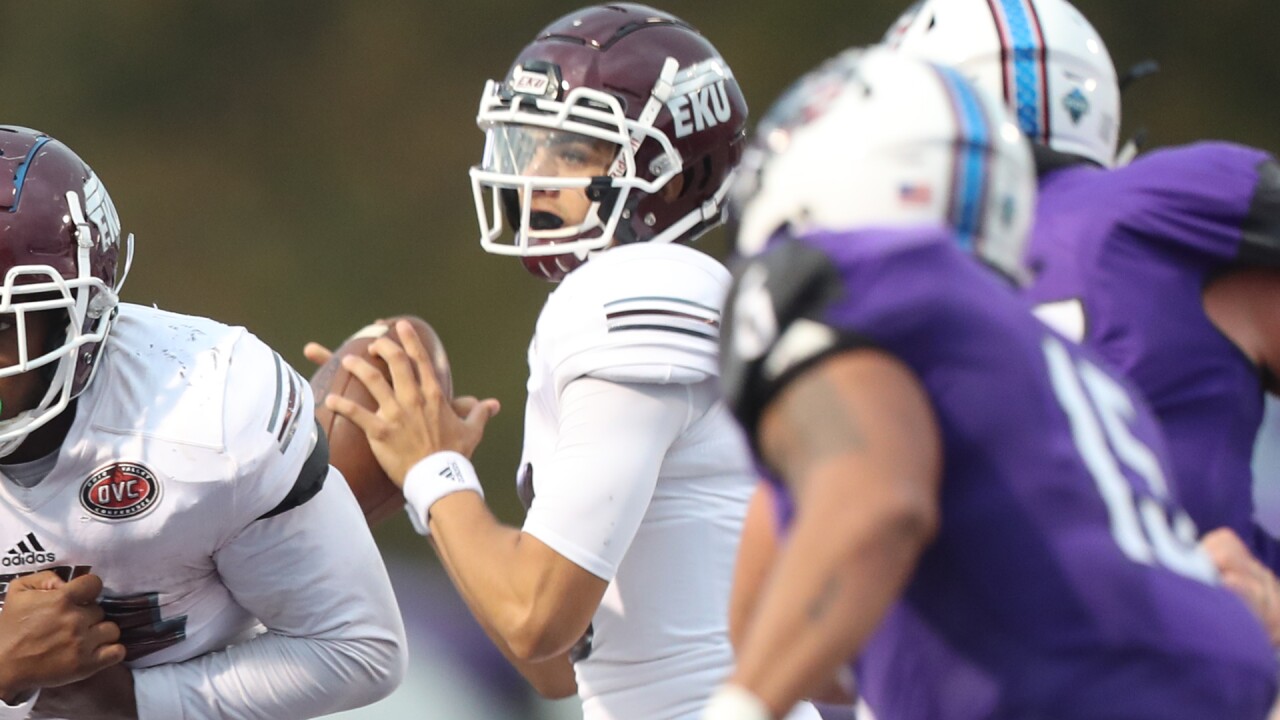 CONWAY, Ark. — Eastern Kentucky University’s football team erased a 24-0 deficit and took a 25-24 lead, but couldn’t hold off No. 11 University of Central Arkansas in a 37-25 loss on Saturday in Conway, Arkansas.

Central Arkansas went in front 24-0 with 12:47 left in the second quarter. EKU got on the board when redshirt freshman Isaiah Velez made his first appearance as a Colonel and engineered an 11-play, 45-yard scoring drive that ended with a 27-yard field goal by Alexander Woznick. An interception by Kmare Carey on the next UCA possession gave Eastern the ball right back. Alonzo Booth’s 8-yard touchdown run made it 24-9 at the end of the first half.

After the halftime break, EKU scored on all three of its third quarter possessions to complete the comeback from 24 points down. Eastern out-gained the Bears 174-32 in the third quarter.

The Bears (5-4) righted the ship in the fourth, scoring twice to pull out the win.

The Colonels will host the 2020 Opportunity Bowl presented by Raising Cane’s, and in memory of Dr. Sheila Pressley, next Saturday at Roy Kidd Stadium. EKU will play Western Carolina beginning at 3 p.m. ET.