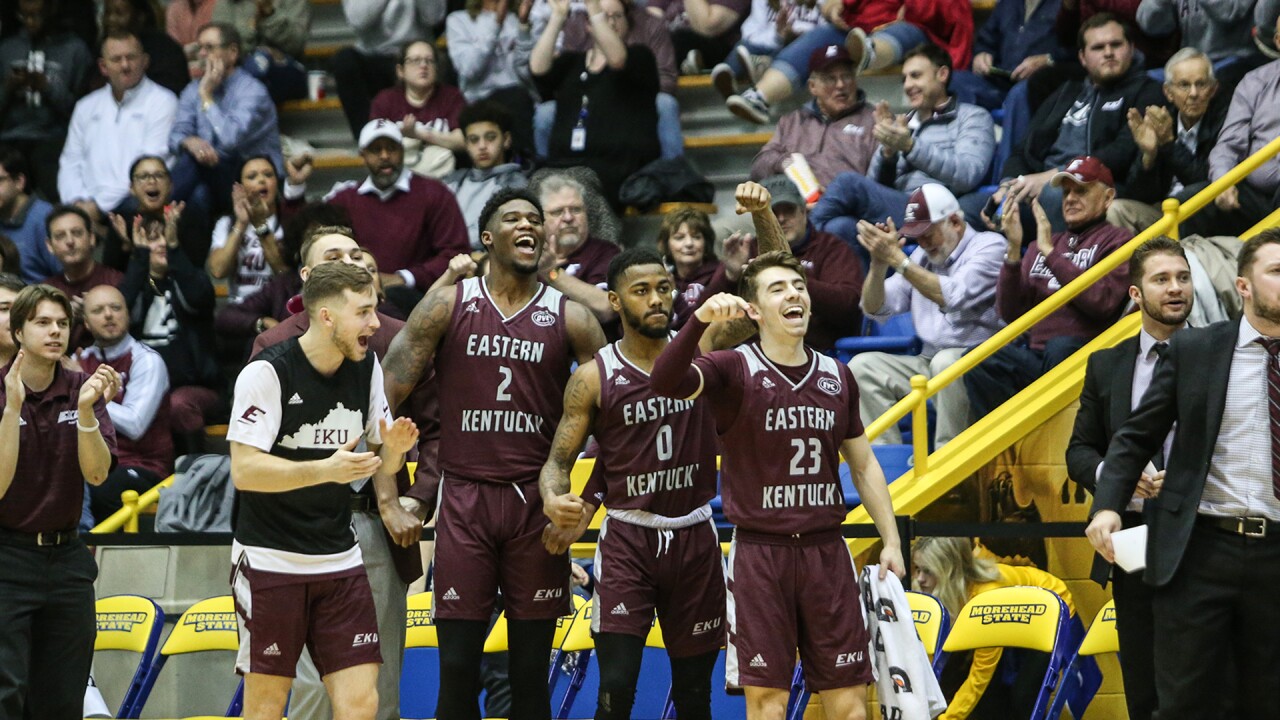 The Colonels used a 15-to-5 scoring run in the first half to take their first lead of the game and then built a 42-37 advantage at the break.

Jomaru Brown led the way with a team-high 19 points whie Tre King and Ty Taylor contributed 13 points each. The Colonels improve to 13-13 overall but they are 10-3 in the Ohio Valley Conference. Morehead State falls to 12-14, 6-7 in the OVC. Tyzhaun Claude led the way for the Eagles with a career high 23 points.

EKU shot 55 percent for the game. Morehead State made 42 percent of its shots, but finished just 3-of-25 from behind the arc.

The Colonels, now in third place in the OVC, go on the road Saturday to play Austin Peay which sits in 2nd place. The Eagles travel to Murray State who is currently leading the league with an 11-1 record.