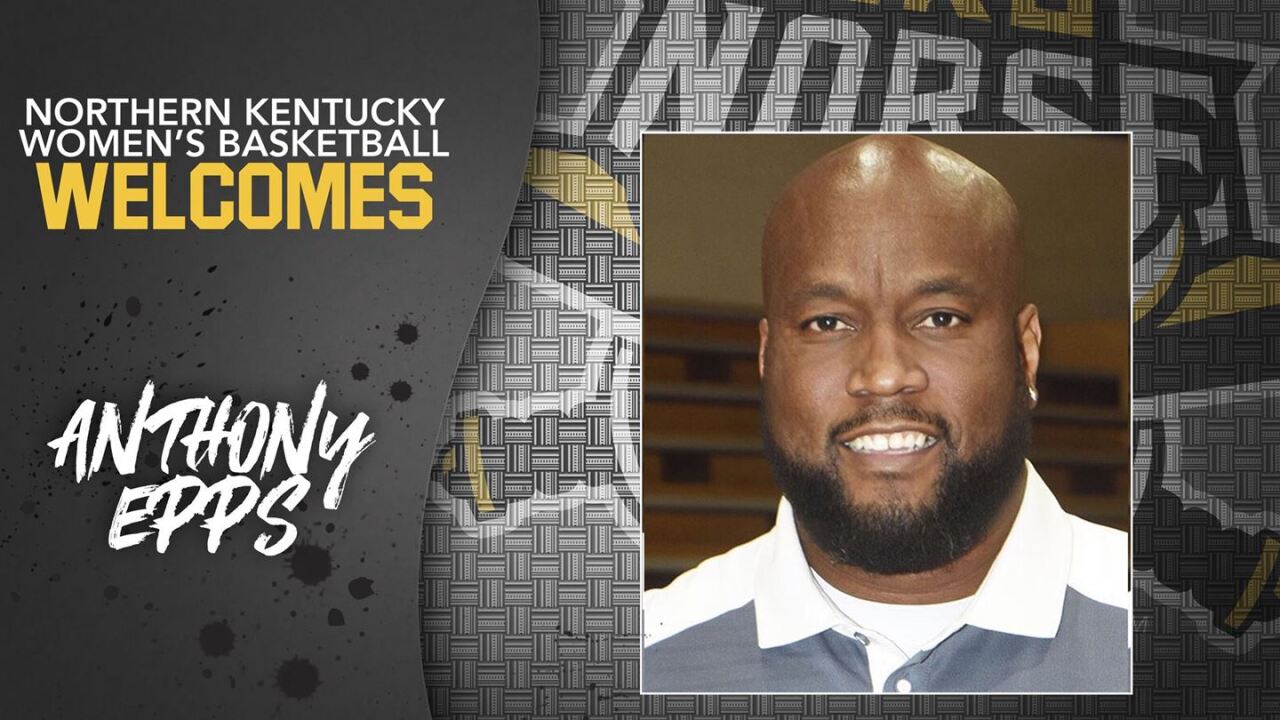 He will start immediately on the staff of Camryn Whitaker, a former Harrison County and Western Kentucky standout who also was an assistant at UK. Epps can't wait to get to work. "I'm grateful and blessed to be joining the women's basketball staff at Northern Kentucky University. Thank you Coach Whitaker for this amazing opportunity in the next chapter of my life. I am excited to work with this staff and team as we compete for Horizon League Championships! To God be the Glory! #NorseUp."

Whitaker is all too familiar with the Epps family and is excited to have the former Cat join her staff. "We are absolutely thrilled Coach Epps decided to join our family at Northern Kentucky University," exclaimed Whitaker. "I had the privilege of coaching Anthony's daughter, Makayla, at the University of Kentucky and can't wait to have him alongside helping lead our talented group of young women. His playing experience at a championship level, knowledge of the game and ability to coach and develop players will help our team reach another level! We welcome Anthony and his family to Norse Nation and can't wait to get started."

Epps arrives in Northern Kentucky after coaching the boys basketball team at Campbellsville High School. He led the team to a 5th Region All-A Tournament Championship.

Epps played at Marion County High School where he helped lead the Maroons to the 1993 KHSAA State Championship. He then went to the University of Kentucky where he was a member of the 1996 NCAA National Championship team and then helped lead the Wildcats to the Final Four in 1997 as a team captain. UK went 124-19 in his four seasons playing in Lexington. Epps still ranks in the top-10 in four different statistical categories for Kentucky, including second all-time in assists (544).