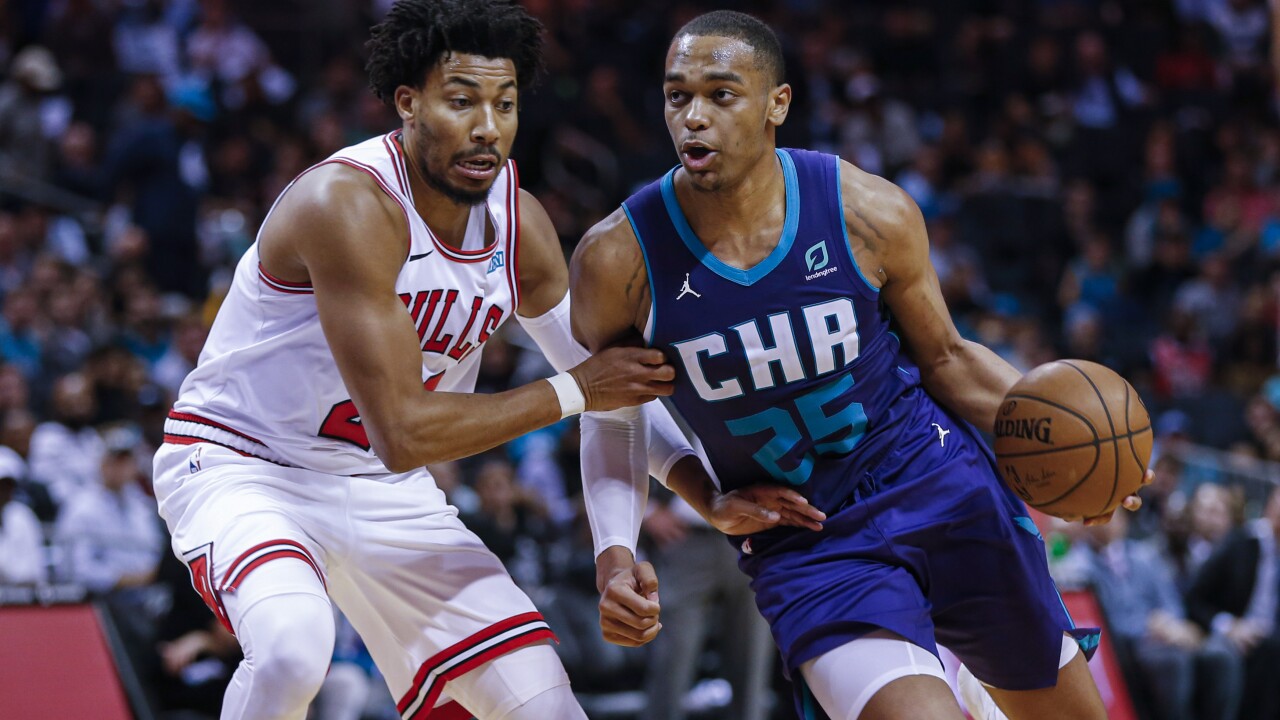 CHARLOTTE, N.C. — Rookie PJ Washington erupted for 27 points on seven 3-pointers, and the Charlotte Hornets opened the post-Kemba Walker era with a thrilling come-from-behind 126-125 win over the Chicago Bulls on Wednesday night.

The Hornets made 23 3-pointers, the most in franchise history in a regulation game. Their record is 24, but that came in a double-overtime game.

Devonte Graham was a difference-maker off the bench with 23 points on 6-of-7 3-point shooting to go along with eight assists, while Marvin Williams had 17 points on five 3s.

Together, Washington, Graham and Williams were 18 of 25 from 3-point range, offsetting the Bulls’ 78 points in the paint.

Lauri Markkanen led the Bulls with 35 points and 17 rebounds. Chicago also got a strong game from their top draft pick Coby White, who had 17 points and seven assists in his NBA debut in his home state.

Washington, who wasn’t announced as a starter until 90 minutes before tipoff, hit 5 of 8 from beyond the arc in the first half and set a Hornets franchise record for most points by a rookie in a season opener. His 7 three pointers are also the most by a rookie in his debut and his 27 points are the most for any former UK player in his debut. Jamal Mashburn had 22 in his first NBA Game.

The Hornets host the Timberwolves on Friday Night.