Spent 7 seasons as director of operations 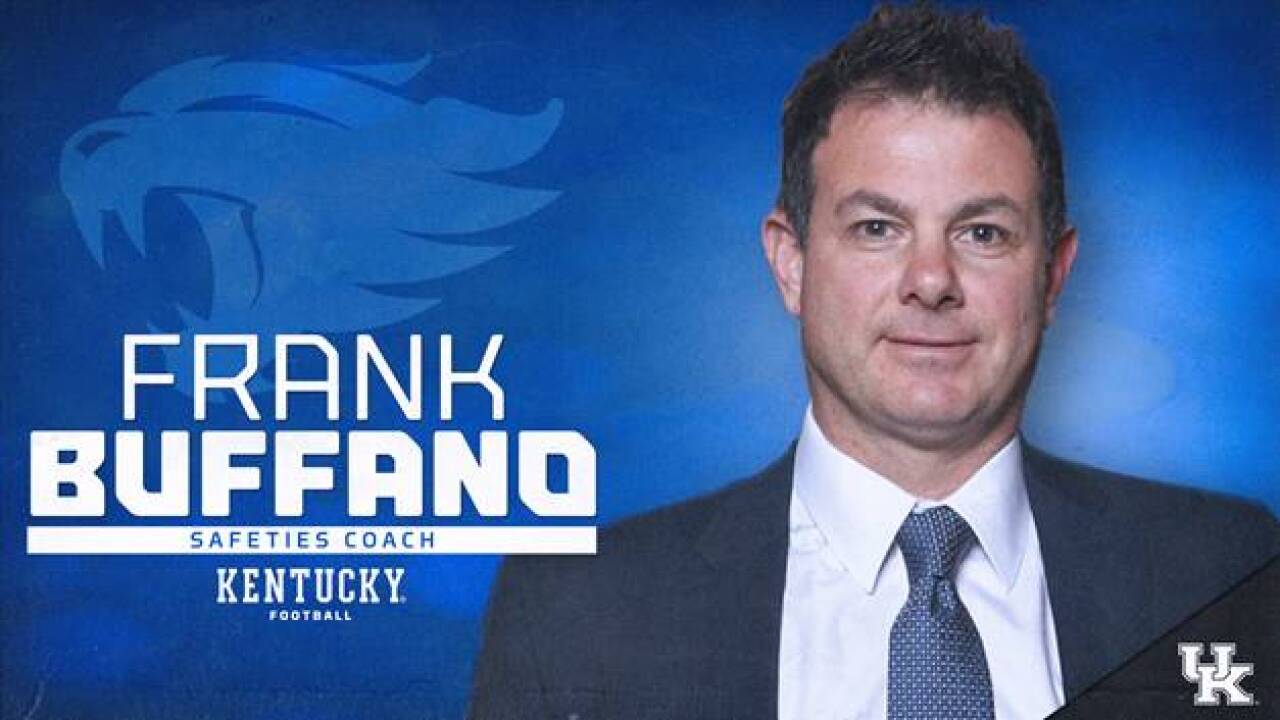 LEXINGTON, Ky. — Mark Stoops announced Wednesday that he has made Frank Buffano the new safeties coach for the Kentucky football team.

Buffano had been the Director of Football Operations for the past seven seasons for the Wildcats. In a release by the school, Coach Stoops said, "To say that Frank has paid his dues is an understatement. We began in 2004 when he was an undergraduate student at Arizona. He became a graduate assistant coach, then coached at Youngstown State, and has been with us since we came to Kentucky, so he has spent 16 years getting to this point."

In that same release put out by Kentucky, Buffone also commented saying, "When he called me to come work at Kentucky seven years ago it was a no-brainer. Even though it meant I wouldn’t be on-the-field coaching, I knew I wanted to be a part of his program and his vision. Serving as the director of football operations at Kentucky these past seven years has taught me a lot and helped prepare me for this opportunity. The timing was just right and I can’t wait to get started.”

Buffono's last coaching job on the field came in the 2011-'12 season for Youngstown State where he coached linebackers. He served as the secondary coach in 2010.