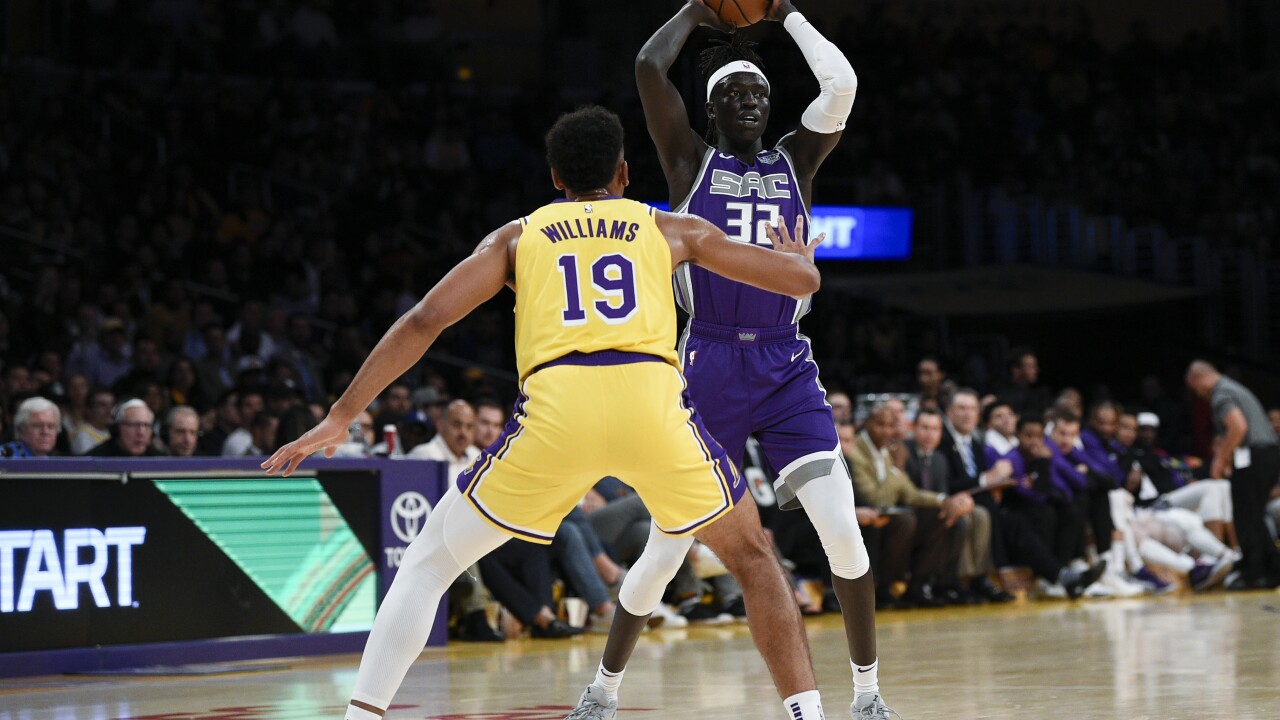 SACRAMENTO, Calif. — Wenyen Gabriel has made the final roster for the Sacramento Kings and this time it's a permanent position.

Gabriel had signed a two-way contract with the team before last season. He didn't play for the Kings but averaged 10 points, 7 rebounds and a blocked shot per game in 42 games for the Sacramento's G League team in Stockton. He did play in all four of the Kings preseason games this year averaging 5 points and 3 rebounds.

The Kings are basically getting rid of the two-way contract in the second year and putting Gabriel on the main roster.

The Athletic was the first to report the news.

Source: Wenyen Gabriel is having his Two-Way contract converted to an actual roster spot on the Sacramento Kings.

Gabriel was entering year two of a two-year agreement on a Two-Way deal prior to the conversion.

Gabriel was undrafted in 2018 out of Kentucky.