Gamine is the favorite for Friday's Kentucky Oaks

A field of nine will compete in the $1.25 million Oaks 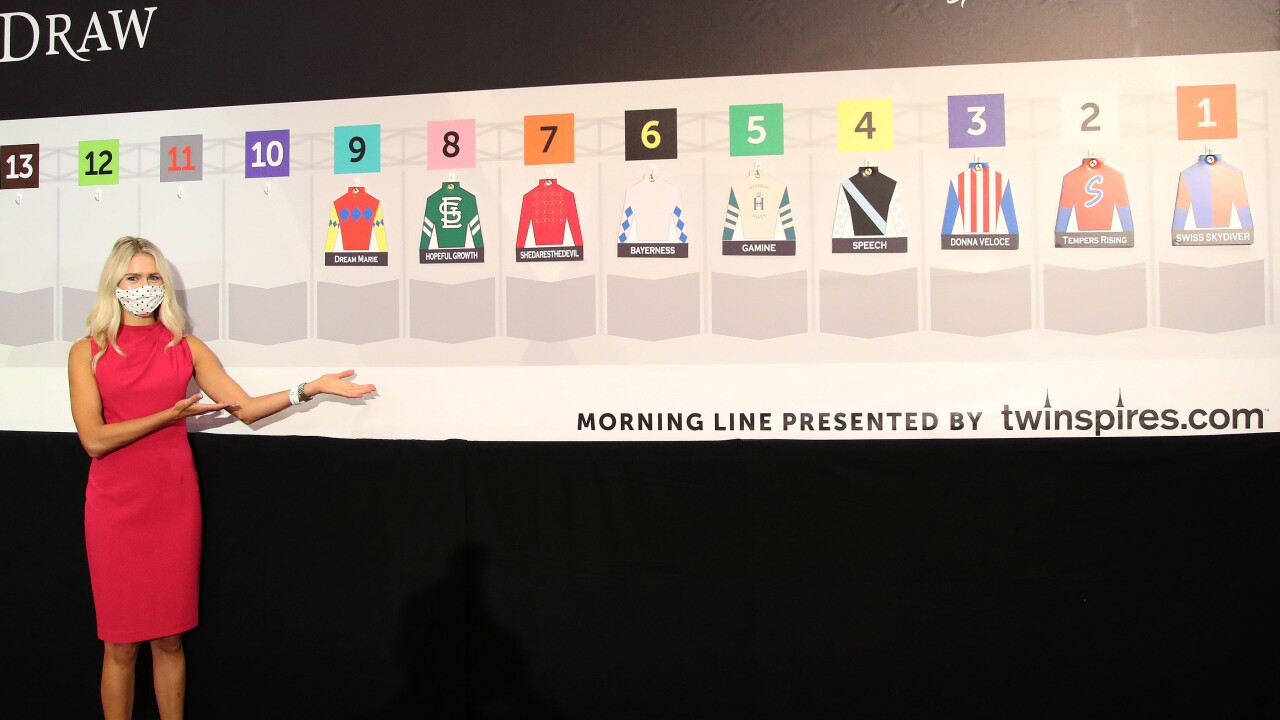 LOUISVILLE, Ky. (LEX 18) — Gamine and Swiss Skydiver will headline a field of nine for Friday's 147th running of the Kentucky Oaks at Churchill Downs.

Gamine is the even-money morning-line favorite after blowout victories in the Acorn Stakes by 18 3/4 of a length for a mile race and the Test which was seven furlongs. She is trained by three-time winning Oaks winner Bob Baffert. He previously won with Abel Tasman in 2017, Plum Pretty in 2011 and Silverbulletday in 1999. Gamine will break from the 5th post position for the Oaks.

Swiss Skydiver is the second betting choice at 8-5 and will break from the rail in the first post position. Trained by Kenny McPeek, Swiss Skydiver has won her past four starts against the fillies and was a runner-up in the Blue Grass Stakes against the colts at Keeneland. She most recently won the Grade I Alabama at Saratoga Race Course.

The third betting choice is Speech at 5-1.