Gatewood will start at quarterback against Georgia 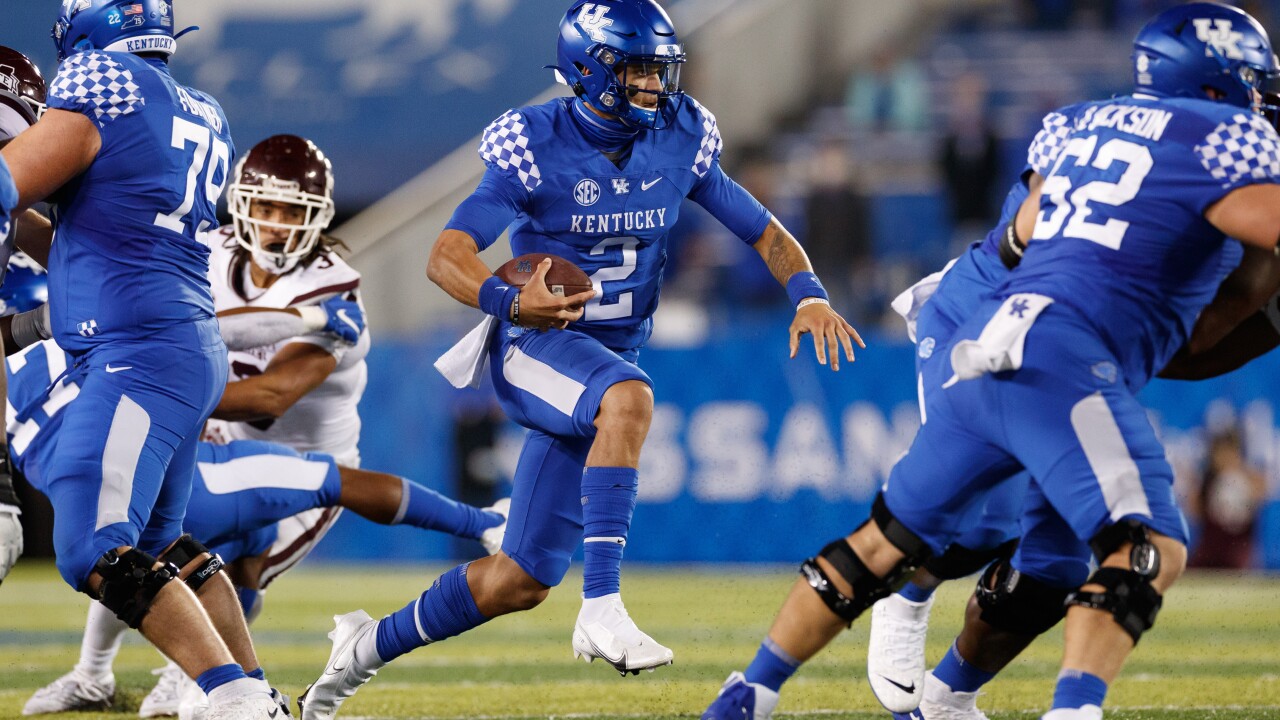 LEXINGTON, Ky. — Kentucky head football coach Mark Stoops announced on Thursday that Joey Gatewood will be the starting quarterback against Georgia on Saturday. Coach Stoops also confirmed that Terry Wilson suffered a wrist injury against Missouri that kept him out of practice this week.

"(Terry) has a wrist injury and can't handle the ball, throw it properly," said Coach Stoops. "Joey has the keys and he's the starting quarterback... he's definitely a big strong guy, with a strong arm, stands strong in the pocket."

Gatewood split time with Wilson in the loss at Missouri. For the season, he has been in three games where he's completed two of five passes for 18 yards and he's run the ball eight times for 34 yards. He has yet to run or throw for a touchdown.

UK quarterbacks coach Darrin Hinshaw tells BBN Tonight its been good for Gatewood to get the first team snaps this week as he prepares to face a tough Bulldogs team. "There's going to be a learning curve for him as we go out there against Georgia," said Coach Hinshaw. "He's got to go out there and, obviously, get comfortable early and understand his first start in the SEC. He's excited and we're looking forward to seeing him play." You can hear the entire Hinshaw interview on BBN Tonight at 7:30 on LEX 18.

Freshman Beau Allen, who went to Lexington Catholic, will be the back-up to Gatewood on Saturday. "I've wanted to see Beau all year but every time we have the ball it's important and Terry was getting all the reps," said Coach Stoops. "I want to see Beau in there but I'm not sure when it will happen"

The Wildcats and Bulldogs kick off at Noon on the SEC Network.