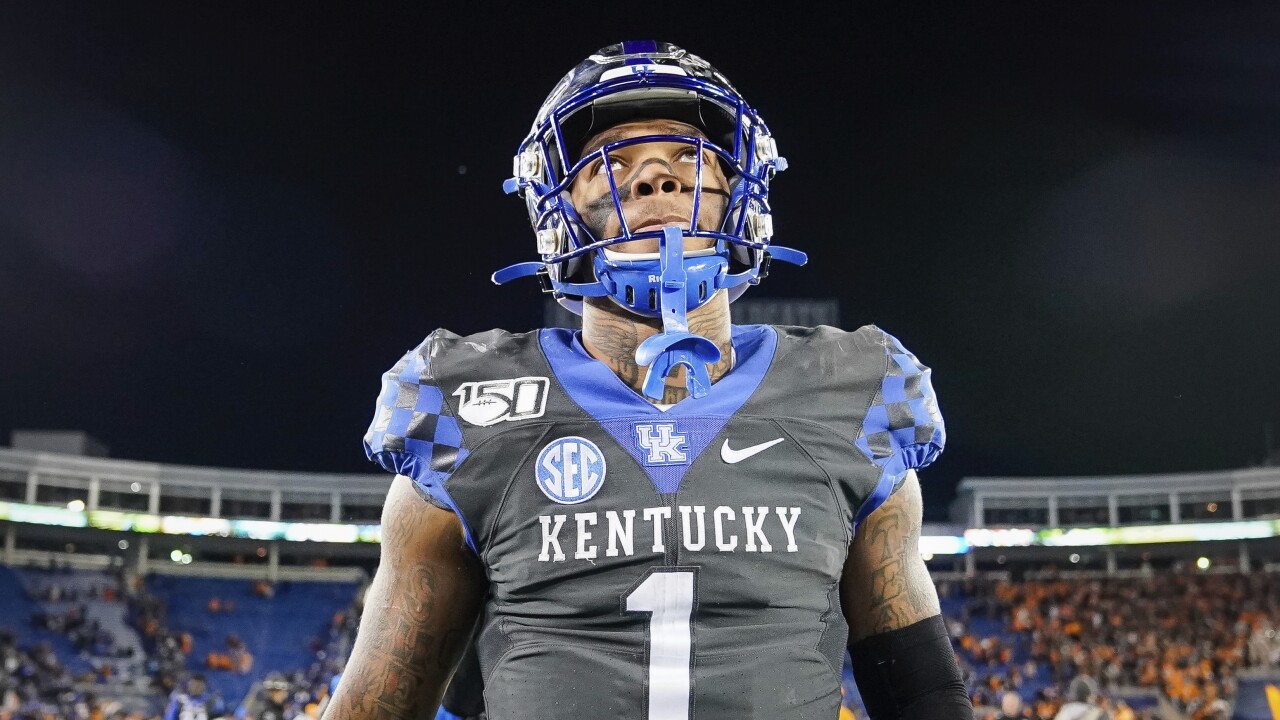 YOUNGSTOWN, Ohio — A TV station in Youngstown, Ohio, is reporting that the U.S. Marshals and DEA have seized guns from the home where UK football standout Lynn Bowden was raised, and he was at the house during the raid.

WKBN also cites sources that say agents and police have also made drug buys at home but not from Bowden. While he was seen in handcuffs on the porch, no one was arrested.

Element Sports Group, who has Bowden as a client, says the home belongs to a family member of his. They say the Youngstown, Ohio home was searched by the DEA while Bowden and his young son were at the home. Authorities handcuffed all who were present at the time to secure the area.

"Lynn fully cooperated with law enforcement during the search," Element Sports Group writes in a statement. "At the conclusion of the search, Lynn was released, not arrested and not charged with any crime. In fact, no arrests were made."

Bowden spent three seasons at Kentucky, where he started as a wide receiver for the Wildcats. When UK had injuries at the quarterback position in 2019, Bowden moved to that position six games in against Arkansas. He then led a potent UK running game by leading the SEC with 1,468 yards. But Bowden threw a game-winning pass against Virginia Tech to help the Wildcats win the Belk Bowl.

The Las Vegas Raiders drafted Bowden in the 2020 NFL Draft with the 80th overall pick.