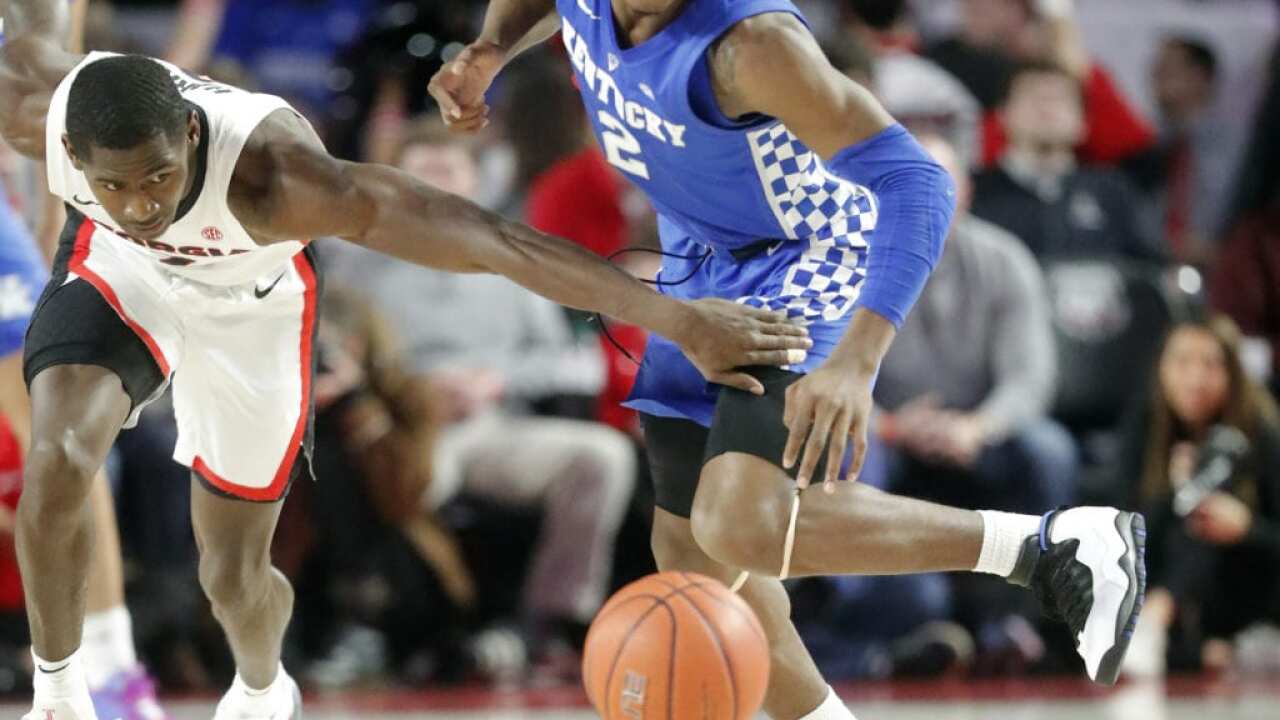 ATLANTA, Ga. — Kentucky guard, Ashton Hagans, has been named a finalist for the Naismith Defensive Player of the Year. He's one of four players up for the award.

The UK sophomore is joined as a finalist along with Marcus Garrett of Kansas, Duke’s Tre Jones and Baylor’s Mark Vital. The winner will be announced on April 1 and honored at a ceremony at a later date.

Hagans, who was a 2020 Southeastern Conference All-Defensive performer and the 2019 SEC Co-Defensive Player of the Year, had a team-high 58 steals this season. He has 119 takeaways in his 67 career games. Hagans is also averaging 1.776 steals per game for his career which is third in program history behind Rajon Rondo and Derek Anderson.

Hagans is in the middle of a decision on whether to return for his junior season at Kentucky or head to the NBA.