Came back to football after heart surgery in 2018 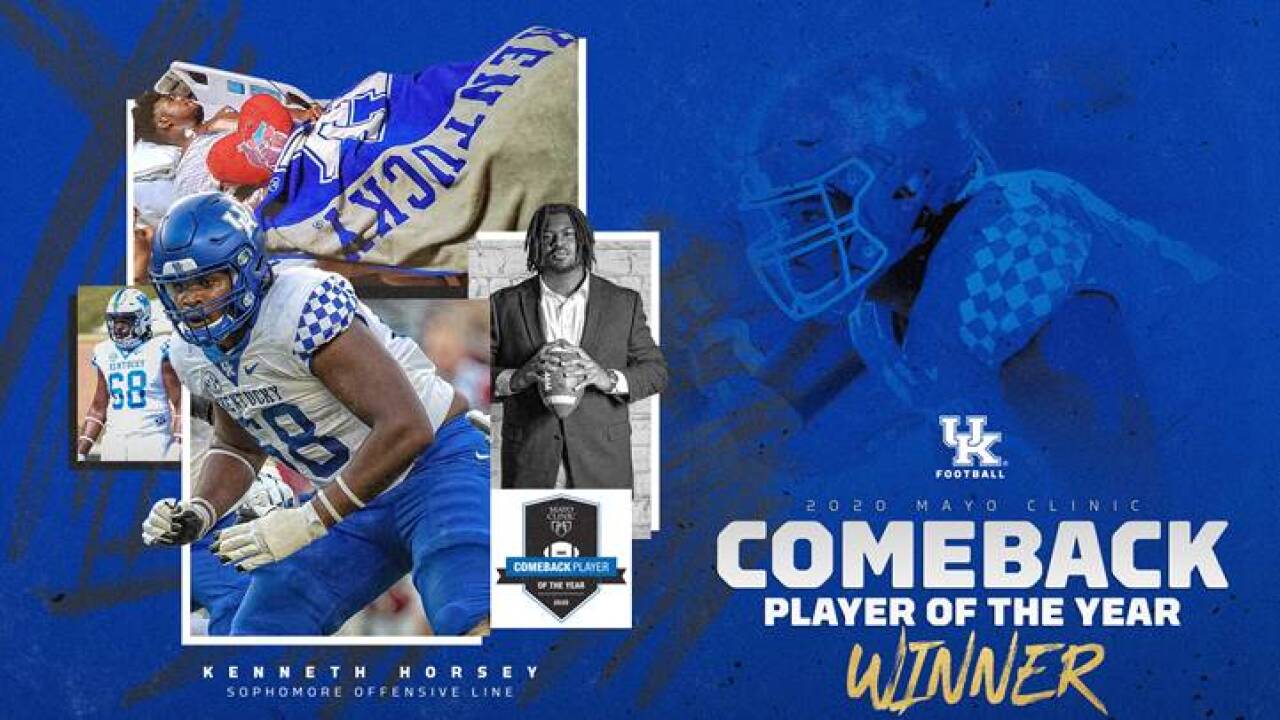 LEXINGTON, Ky. — Kenneth Horsey has been named one of three 2020 Mayo Clinic Comeback Player of the Year Award winners.

Horsey, who is a sophomore offensive lineman from Florida, was rushed to an emergency room in the Spring of 2018 after complaining of pain in his side. Doctors found a growth on one of his heart valves and he went through open-heart surgery. This happened between his commitment to play for Kentucky and his arrival on campus and he was told his football career may have to end. He came to UK and redshirted through the 2018 season. In 2019, Horsey played in four games and this year earned the starting spot at left guard. In eight games played this season, he helped UK rank 5th in rushing offense in the SEC with 187 per game.

“I want to thank God because none of this would be possible without Him,” said Horsey upon learning of being selected the 2020 Mayo Clinic Comeback Player of the Year. “I also want to thank my family and UK football for supporting me and believing in me. I understand that every snap is a blessing and being in this situation has made me a better person, a better Christian, and a better man. I hope I can take the lessons I’ve learned through this process and use them in the future to help others.”

“We were all so concerned when we first learned what Kenneth was going through,” UK head coach Mark Stoops said. “There was probably some hesitation about returning to play football but to see him come back has really been inspiring. We have seen him get more and more confident and he’s really grown on and off the field. We are so proud and happy for Kenneth.”

Joining Horsey are Jarek Broussard, a sophomore running back at Colorado and senior linebacker Silas Kelly at Coastal Carolina.