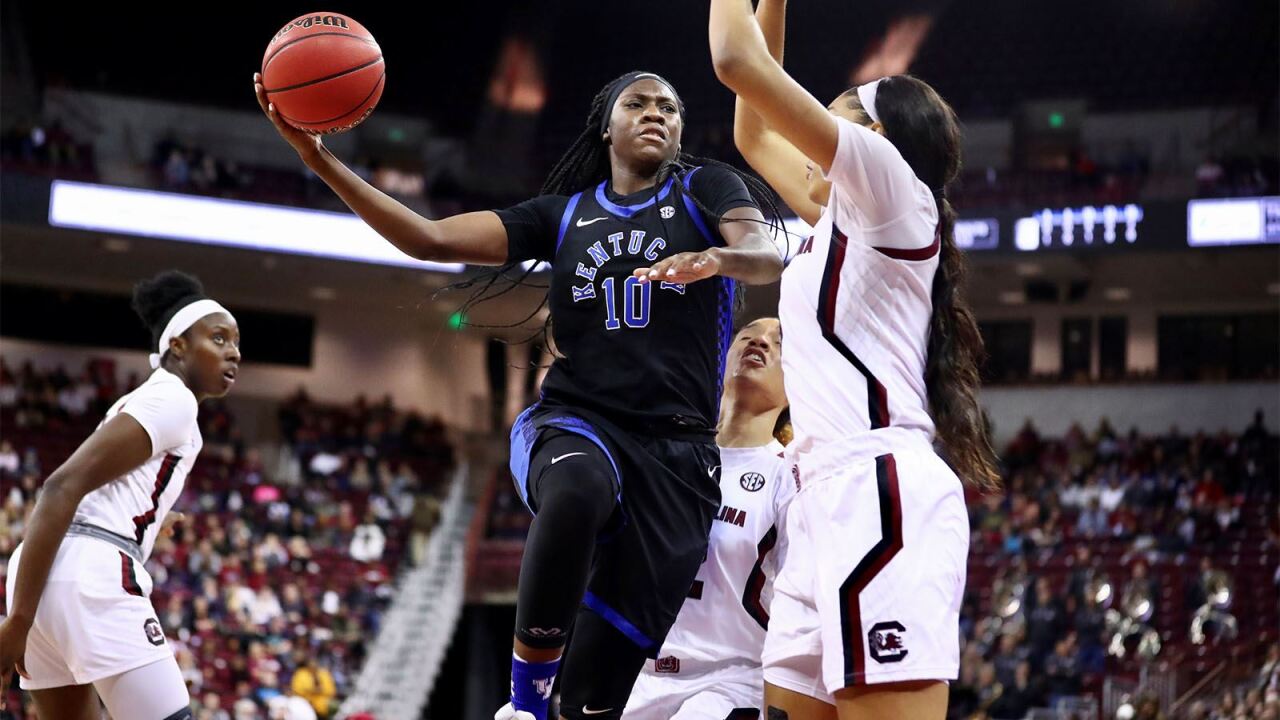 The honor gives Howard puts Howard on the list automatically for the Ann Meyers Drysdale National Player of the Year award, which will be announced Wednesday at 2 p.m. ET. She had already earned the First-Team All-American honor from the Associated Press.

As a sophomore Howard led the Wildcats and was second in the nation with 23 points per game. She also averaged 7 rebounds per outing and had 62 steals, 29 blocked shots and 68 assists. Howard had the most three-pointers in program history by sinking 84 of them this season.

Despite missing three games due to a finger injury, Howard also became the first UK player in program history to score 25 or more points in five straight games.