Wildcats guard one of the top players in Region 2 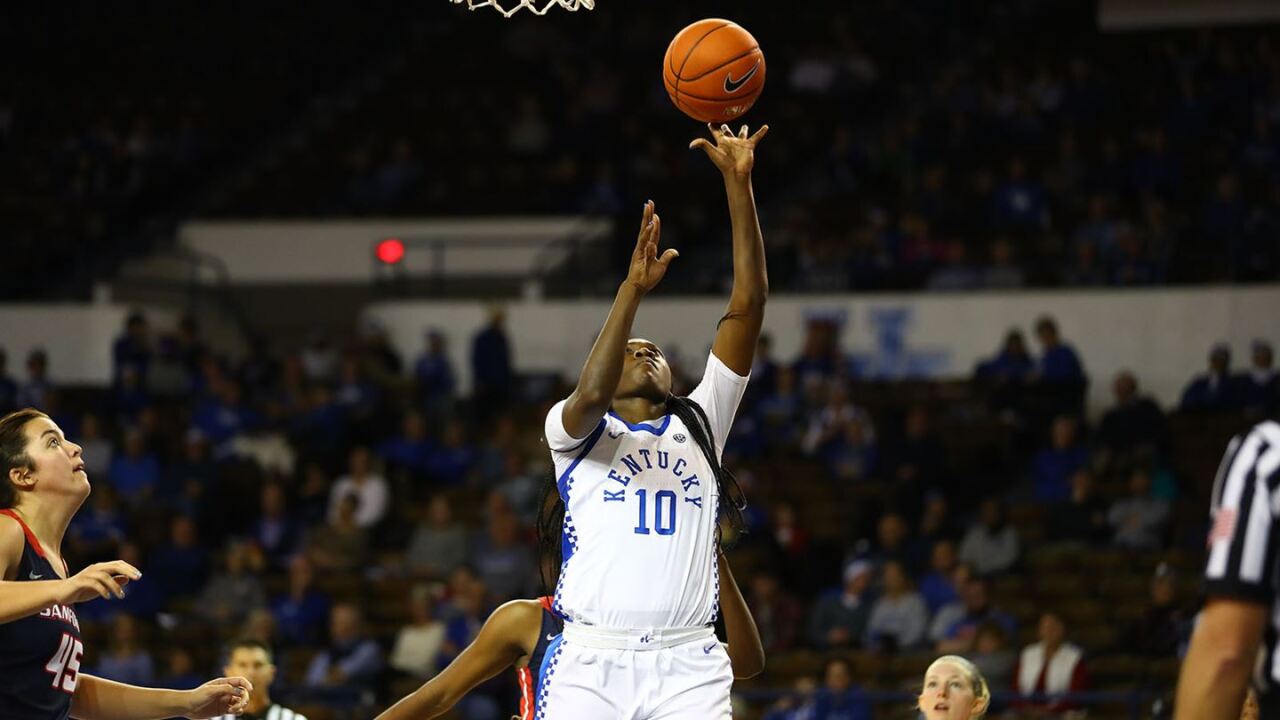 LEXINGTON, Ky. — University of Kentucky's Rhyne Howard has been named a finalist for the Women's Basketball Coaches Association All-America team. The Wildcats guard was named one of the top ten players in the second region.

Howard averaged 23 points and 7 rebounds while also piling up 62 steals, 29 blocks and 68 assists.