Junior guard has not played yet in 2020 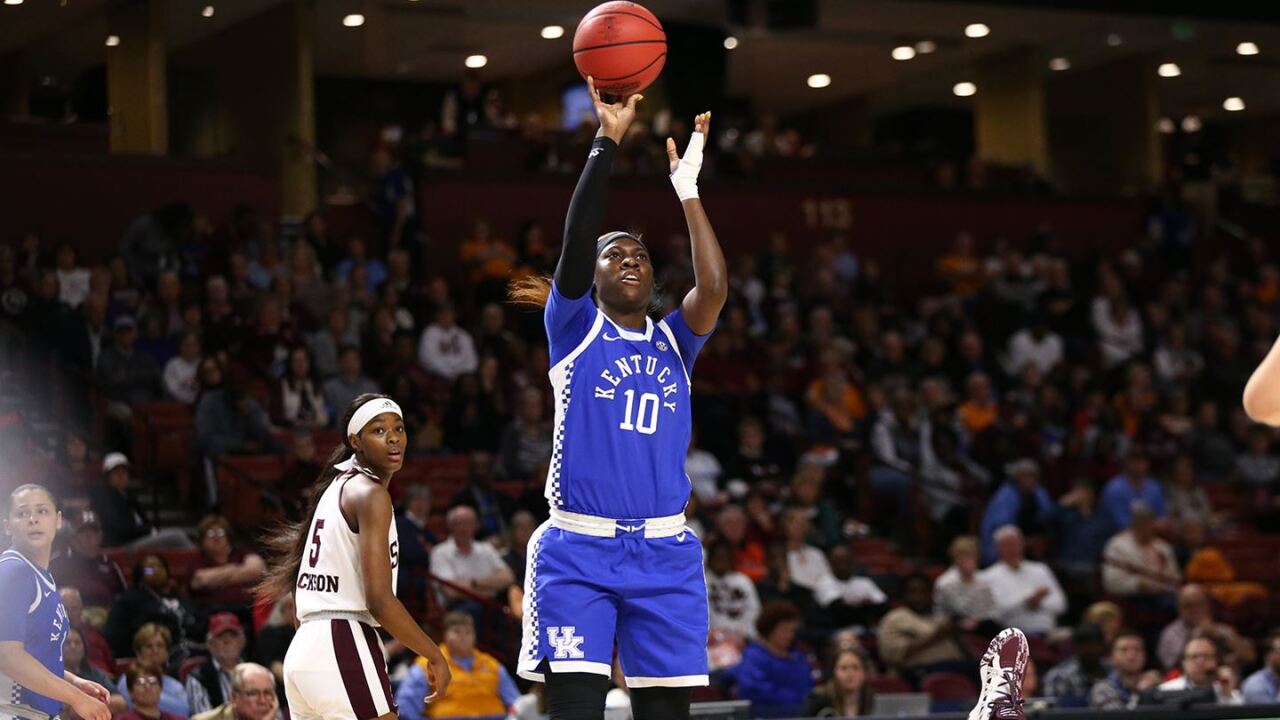 LEXINGTON, Ky. — Kentucky guard Rhyne Howard has been named one of 30 college basketball players named to the John R. Wooden Award watch list. It's an honor that goes each season to the top player in the women's game.

Howard has not yet played for the Wildcats this season after being handed a two game suspension. She should be suiting up for the first time when Kentucky travels to Kansas State on Thursday night at 7:30.

The Wooden Award will be given out at the 2021 NCAA Tournament in April.