Two other golfers are one stroke back 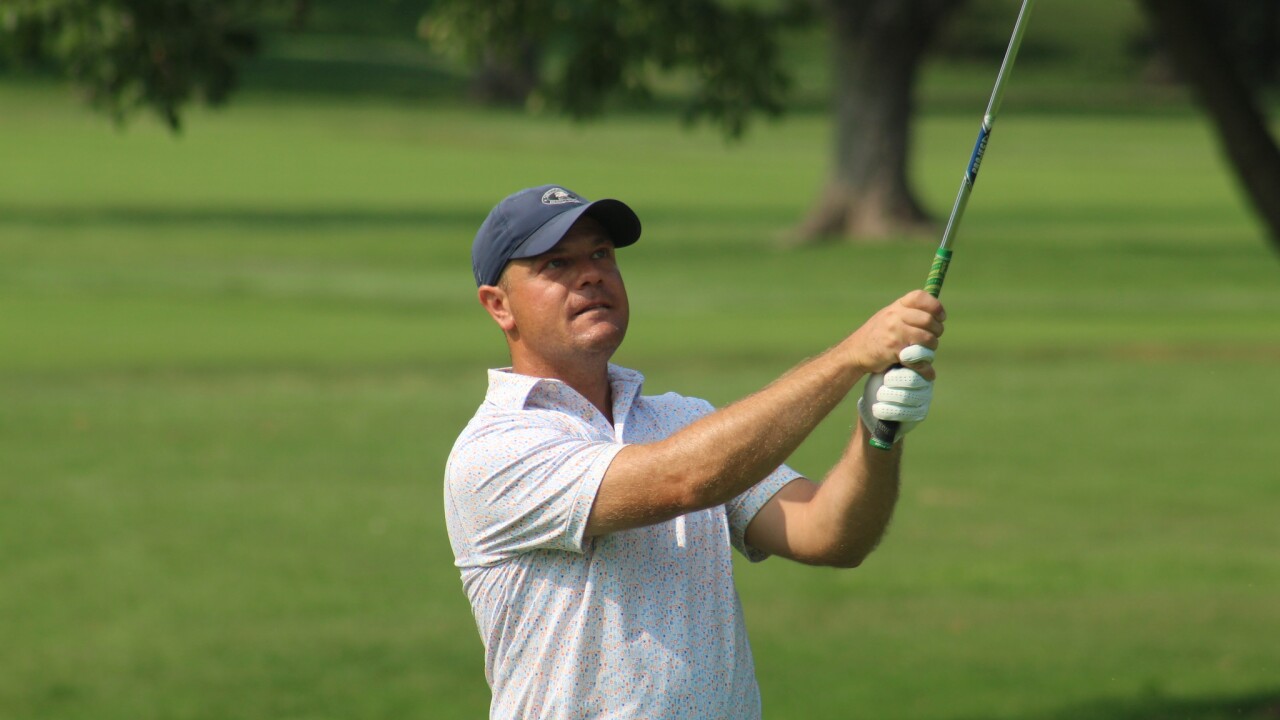 LEXINGTON, Ky. — Josh Rhodes used a strong finish, including an eagle to jump to the top of the leaderboard after the first round of the Kentucky Amateur at the Lexington Country Club.

Rhodes finished with six birdies, two bogeys and an eagle at the par-four, 14th by hitting it in from about 175 yards out. The Paducah native sits in the lead after a -6 par, 66.

“I hit it close and had a lot of tap-ins all day,” Rhodes stated. “When I got in trouble, I just played to the middle of the green and lag-putted well too. I like this golf course a lot though; it’s one of my favorite places to play in the state and I feel like I play it pretty well. The deuce on the 14th obviously helped me. I was actually slightly blocked by a tree and had to hit a little flighted draw just trying to get it on the front of the green and give myself a two-putt. It went in and came off as a nice little bonus.”

There are eleven University of Kentucky golfers in the field and one Wildcat assistant coach. UK sophomore, Alex Goff, held the clubhouse lead all by himself after finishing his round of -5, 67. It did not hold up but he does sit in a tie for second place.

“I hit it really well today, especially on the front nine,” Goff said. “I hit sixteen greens and ten or eleven fairways, plus I did a good job at leaving the ball below the hole which you have to do here. I just need to stick to my game-plan and not worry about what other players do. I’ve had a few opportunities to win this summer, so I’ve got some recent experiences to draw from these next two days to stay in contention.”

The second round of the Kentucky Amateur begins with the first tee times at 8:30 and the last group going off at 2:30.