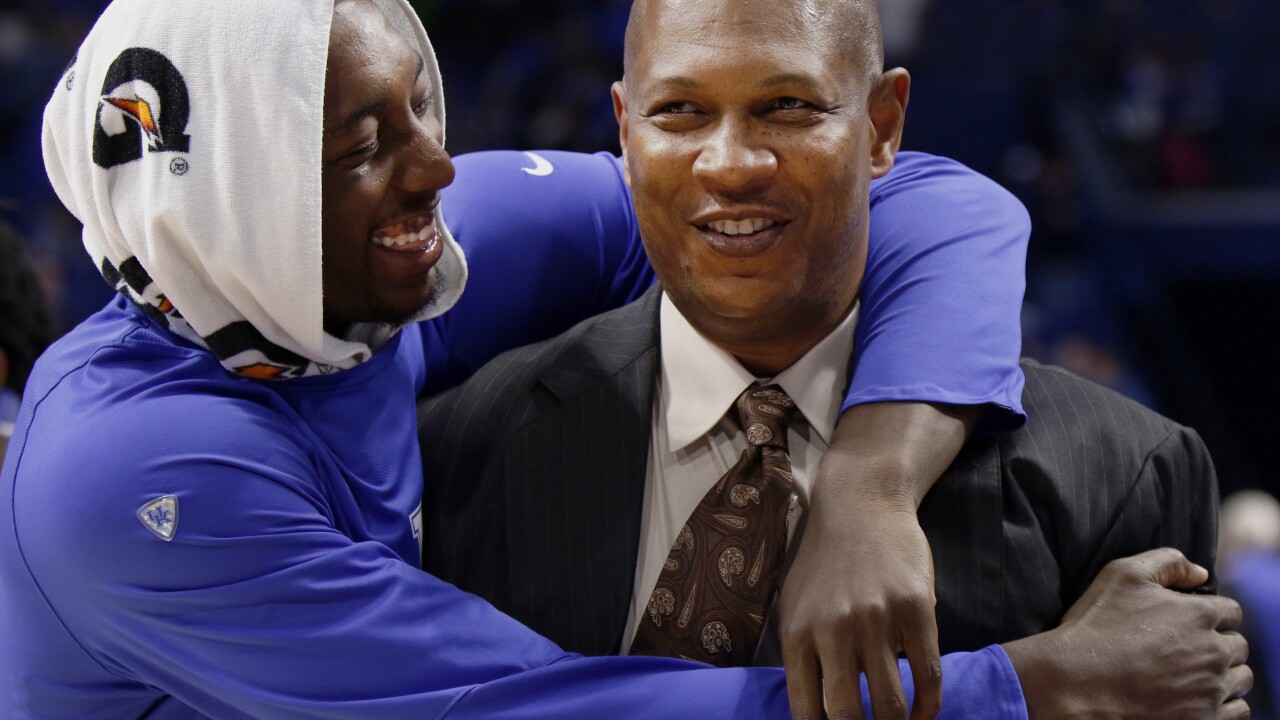 LEXINGTON, Ky. (LEX 18) — Kenny Payne has accepted the New York Knicks offer to become an assistant coach under new head coach Tom Thibodeau. It will be his first job in the NBA.

“I want to thank John Calipari, Eli Capilouto (President, University of Kentucky), Mitch Barnhart (Athletics Director) and the University of Kentucky for allowing me to be a part of a special program for the last 10 years that truly epitomizes winning basketball. I am a better coach and leader of young men today because of my time in Lexington under the legendary Coach Cal,” said Kenny Payne, assistant coach, New York Knicks. “I now take the next step in my basketball journey and fulfill my dream of coaching in the NBA. I’m beyond grateful and excited for the chance to work for such a prestigious organization as the New York Knicks under the leadership of Leon Rose, Scott Perry, William Wesley and Tom Thibodeau, who I have such great admiration and respect for.”

Payne spent the last ten seasons on the staff at Kentucky under head coach John Calipari where he helped develop the talent of some of the best big men in the game. He worked with guys like Anthony Davis and Karl-Anthony Towns, who both went number one overall in the NBA Draft. Payne was promoted to Associate Head Coach at UK in 2014. He also was an assistant for six seasons at Oregon.

Now Payne tries to help turn around a franchise that has been struggling for many years. New York hasn't made the playoffs since 2013 and since then has finished every season under .500.

Payne will get to work with two former Wildcats. New York took Kevin Knox with the ninth overall pick in the 2018 draft and Julius Randle, who signed with the Knicks as a free agent this past season.

The move will be a significant loss for Kentucky because Payne was one of the top recruiters in the college game. He helped Kentucky land the number one recruiting class in the country six times, including the current 2020 class. Once he got them on campus, he was called the "big man whisperer" for the way he coached the forwards and centers.

Before coaching, Payne played professionally for ten different leagues. In 1989, Payne was chosen in the first round and 19th overall in the NBA Draft, playing four years for the Philadelphia 76ers.

Before that, he played at the University of Louisville, where he won a championship in 1986 and scored 1,083 career points and shot 40 percent from 3-point range.

Payne's son, Zan, is a walk-on at Kentucky.