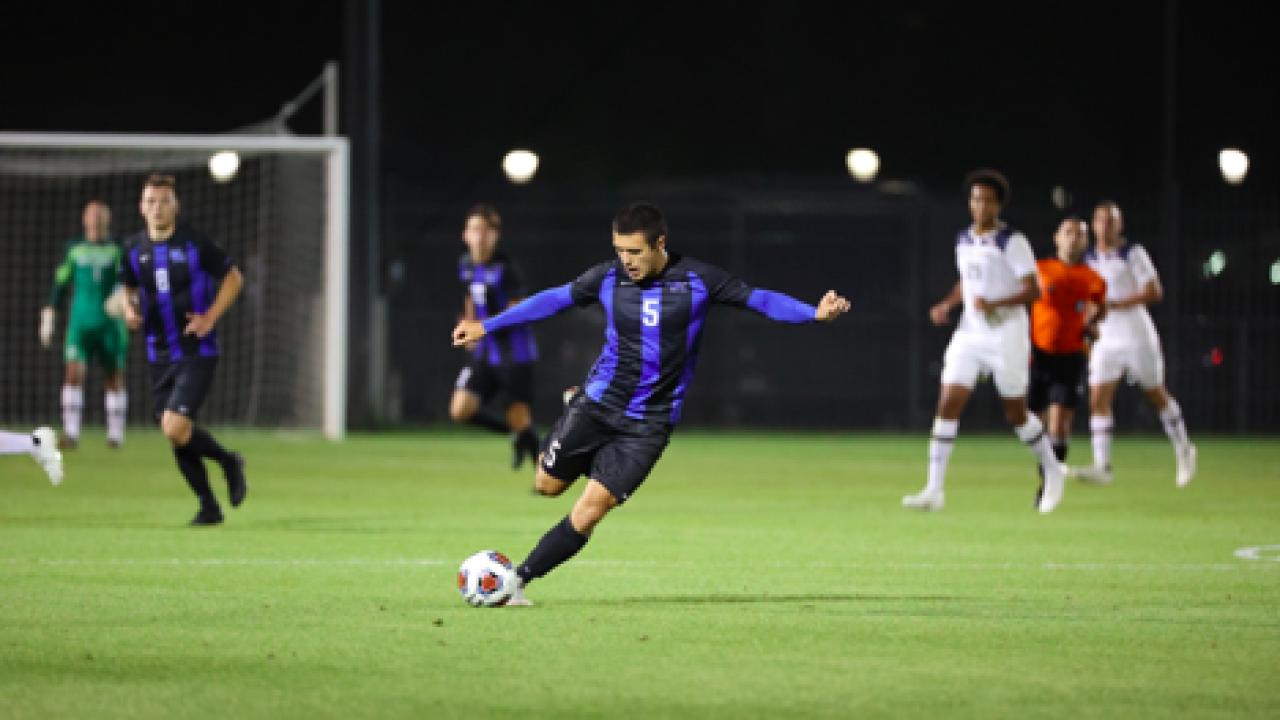 SOUTH BEND, Ind. — The Kentucky men's soccer team started off the fall season on the road with a 1-0 loss at Notre Dame.

The loss was the first for a season opener for the Wildcats in five seasons. UK had more shots on goal (4-3) but Notre Dame’s Daniel Russo scored the match’s only goal off a corner kick by Aiden McFadden in the 62nd minute.

UK goalkeeper Enrique Facusse was credited with two saves in the loss.

Kentucky will make its home debut on Monday at the Wendell & Vickie Bell Soccer Complex. The Wildcats will kick off with the Duke Blue Devils at 7:30 p.m. and it will be broadcast live on ESPN3.

No fans, other than family members will be allowed into the stadium to watch the match on the UK campus.