Wildcats drop to 2-4 on the season 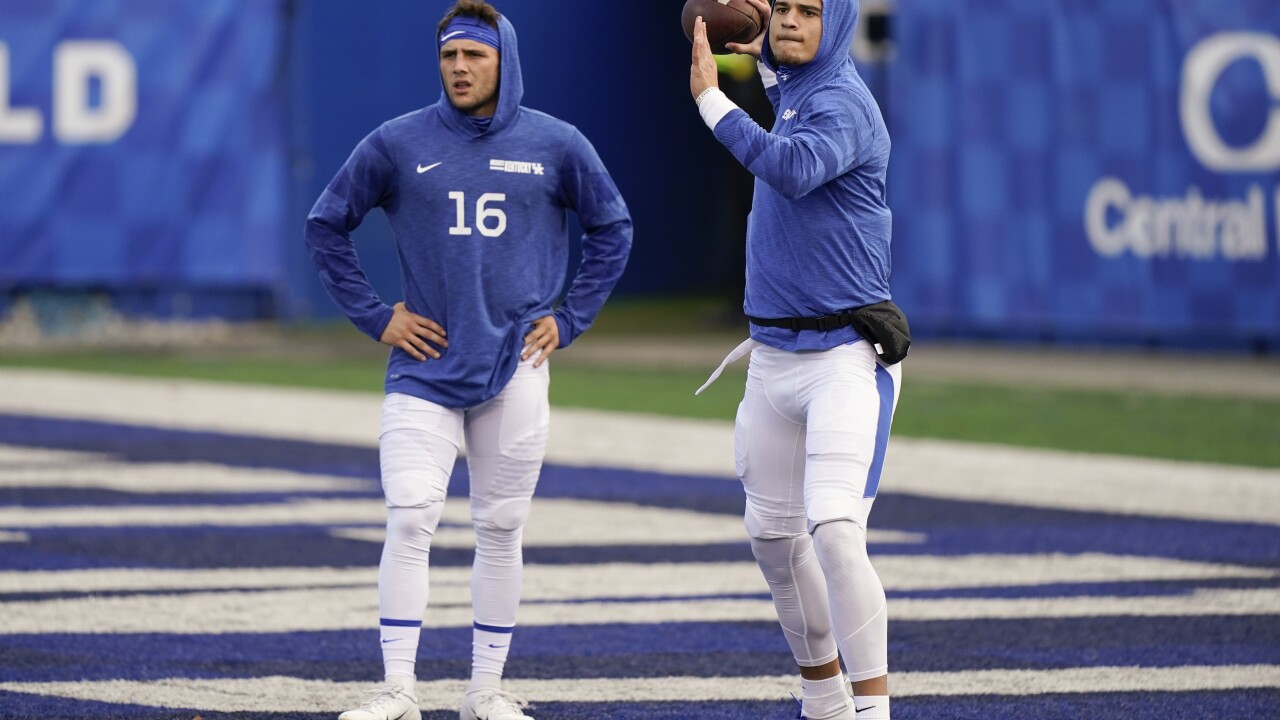 LEXINGTON, Ky. — Kentucky couldn't get the offense going against No. Georgia as the Wildcats fall 14-3.

Gatewood and the offense got the ball to start the game but had a short drive end and they punted away to Georgia. The Bulldogs then went on a 12 play, 86 yard drive that was all on the ground to score the first points of the game on a Stetson Bennett quarterback keeper for the touchdown. Georgia led 7-0.

Kentucky would put its own long drive together to get on the board. Gatewood led a 19 play drive that was close to 50-50 run, pass drive. It included converting three third down plays and one 4th and 1. The drive ended in a Matt Ruffolo 34 yard field goal. Kentucky cut the deficit to 7-3.

Georgia had a shot at scoring more points after its first pass of the game went for 46 yards and into Kentucky territory. But Phil Hoskins tipped a ball at the line of scrimmage and intercepted it for the Wildcats 10th of the season.

Kentucky was unable to move the ball and Georgia got within striking distance for a field goal as time expired. However, Jamin Davis blocked it and UK went into the half down four.

The Bulldogs started the second half with the ball and drove right downfield on Kentucky. It ended with a 4th and 1 play that Zamir White not only got the first down but also the touchdown. Georgia would take the 14-3 lead.

After Gatewood fumbled the ball away, Kelvin Joseph came up with his third interception of the season and 11th for the Wildcats. For the moment in time putting UK into the lead in the nation in that category.

Kentucky was unable to make up ground from there falling 14-3.

Kentucky drops to 2-4 on the season. The Wildcats have a bye week next Saturday before hosting Vanderbilt November 14.