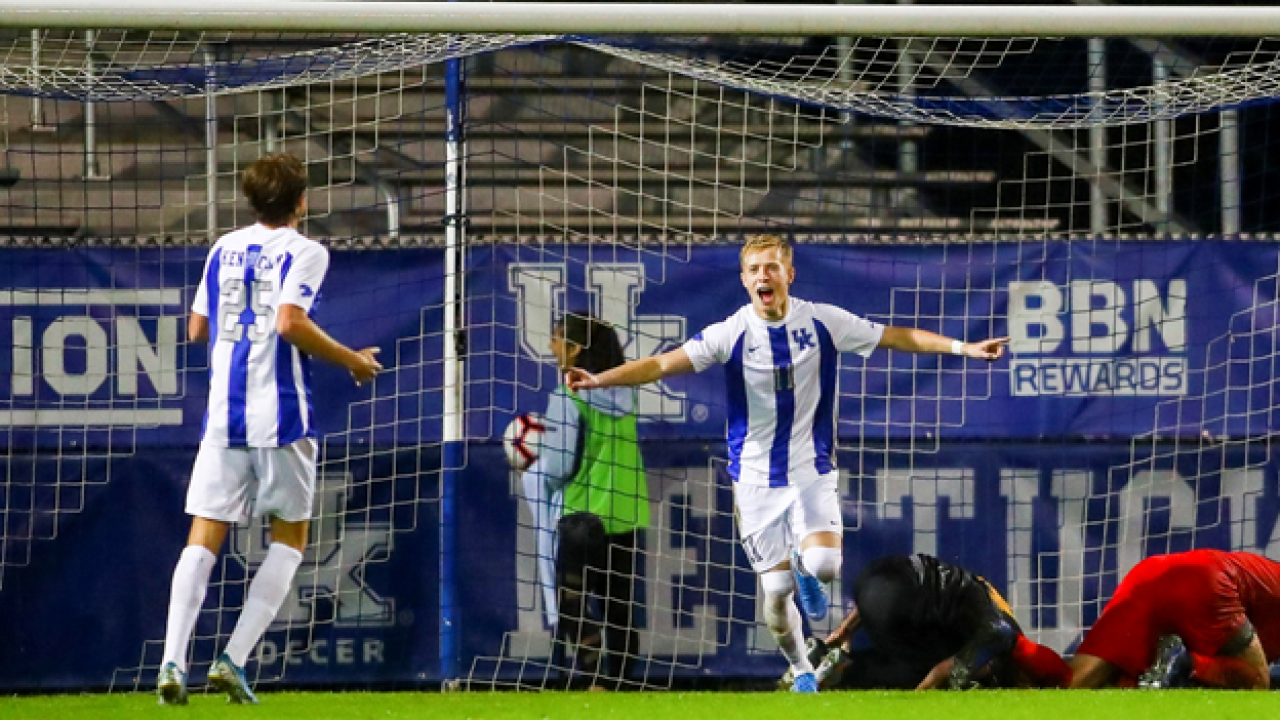 LEXINGTON, Ky. — Kentucky had no problem handing Wright State a 7-1 defeat on Wednesday night in Lexington.

The Wildcats scored the most goals they've had since an 8-0 win over Georgetown College (Ky.) back in 2006. UK also had seven different players score a goal each in the match.

The first goal came in the 16th minute by Daniel Evans off a rebound of Jansen Wilson’s shot off the crossbar. Just over a minute later, the Wildcats were given another opportunity after Marcel Meinzer was fouled in the Wright State box. Meinzer attempted the ensuing penalty kick, connecting on the first goal of his career.