Kentucky's game in London is "up in the air"

Wildcats were to play Michigan in December 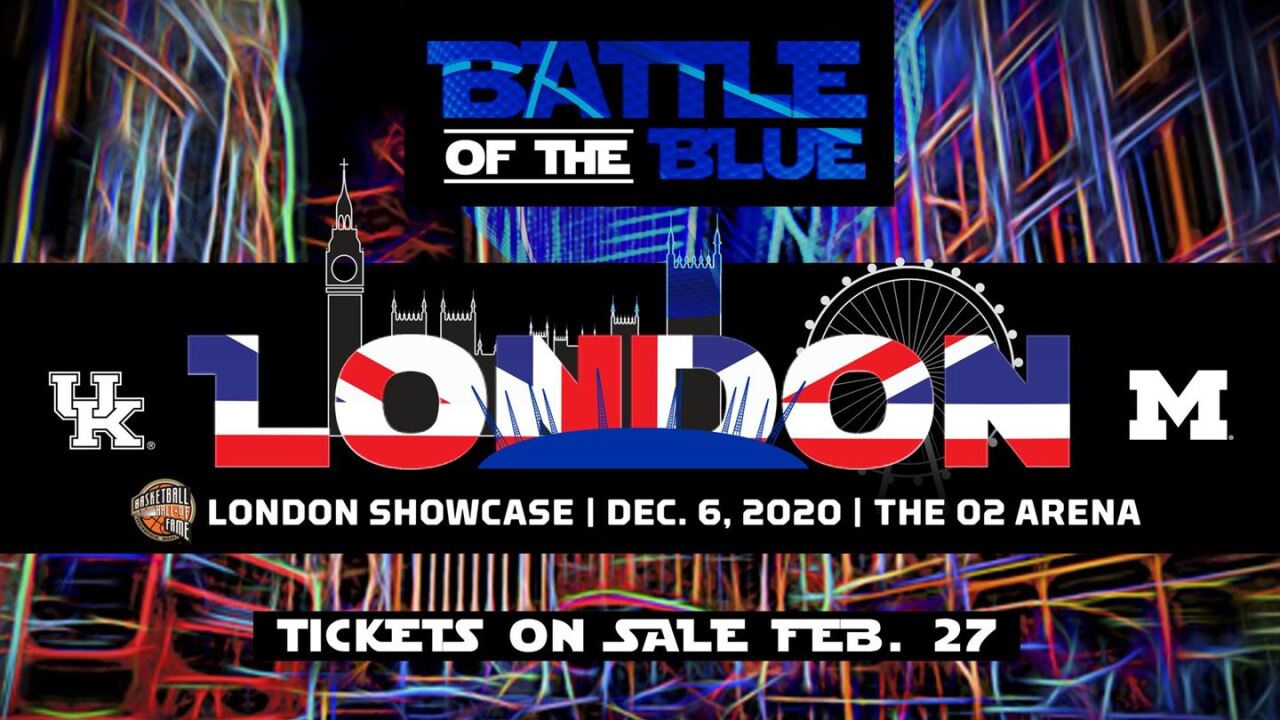 LEXINGTON, Ky. — During his Zoom video conference on Tuesday, University of Kentucky head basketball coach John Calipari said the England trip for his Wildcats in December is "up in the air."

Kentucky was scheduled to play Michigan on December 6th in London and tickets had already gone on sale. While this game is more than eight months away, Coach Calipari said a decision may have to be made sooner about whether or not to keep it in the UK. "Where is this thing going?" questioned Calipari. "We probably have until June to decide about doing the game against Michigan much closer."

The schools had agreed on a three year series that was supposed to start with the game in London for 2020. UK would travel to Ann Arbor in 2021 and the Wolverines would return to Lexington to play in Rupp Arena in 2022.