Kinnard and Fortner returning to play for UK Football 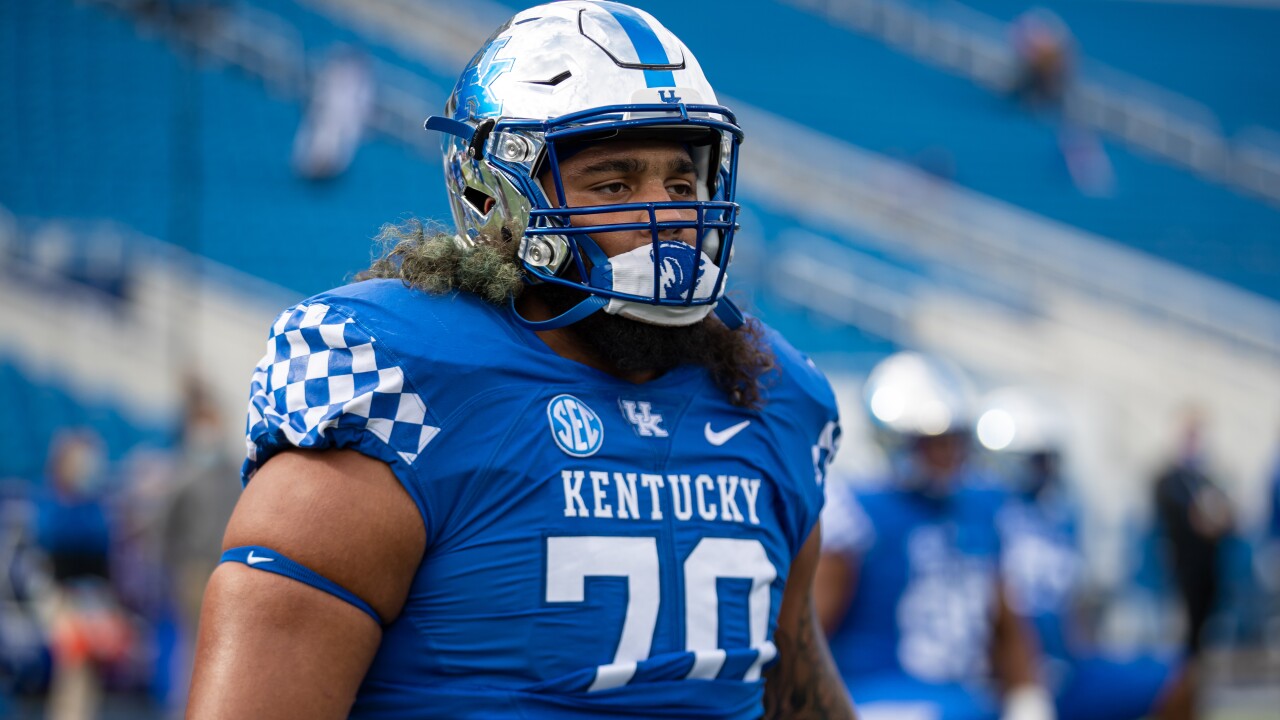 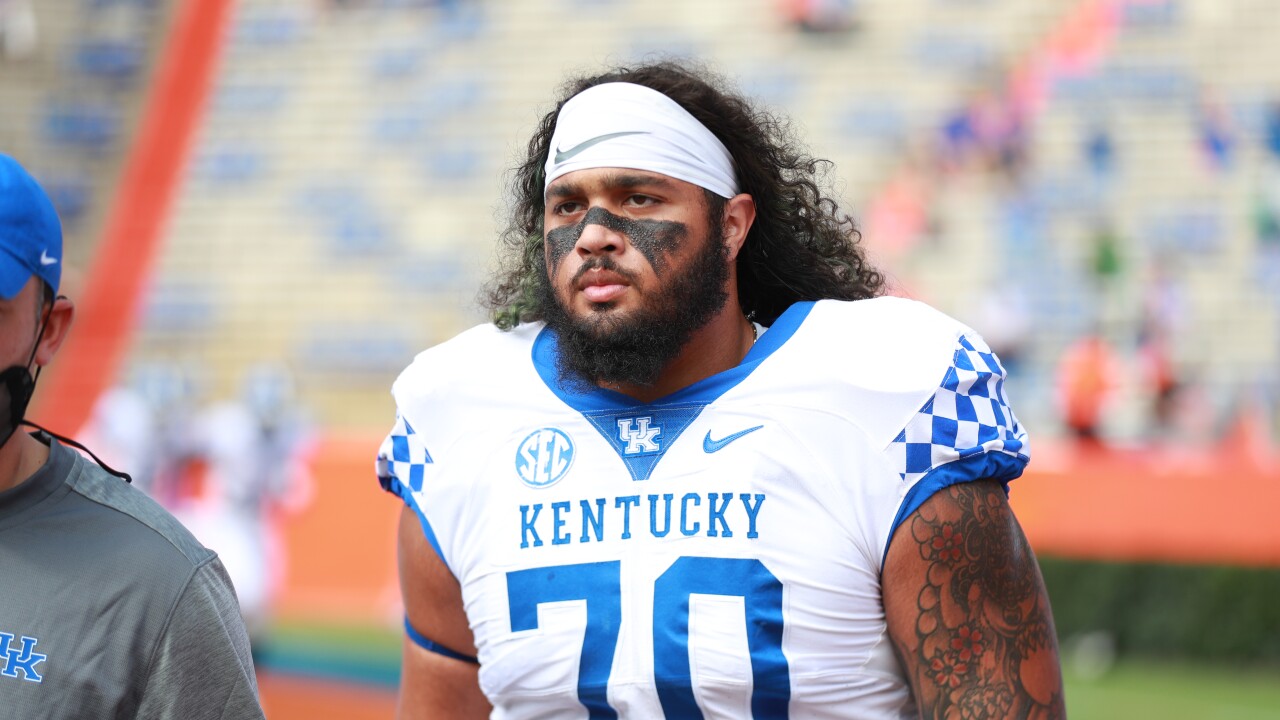 LEXINGTON, Ky. — Kentucky offensive lineman Darian Kinnard announced on Monday that he's returning to play his senior season for the UK Football team. He also announced his fellow lineman Luke Fortner would be coming back for another season.

Kinnard said he had heard he could go anywhere from 2nd to 3rd round in the 2021 NFL Draft but he feels if he returns and works on some things he could go high first round.

The offensive tackle has played in 32 career games with 25 consecutive starts at tackle. He graded at 88 percent in 10 games this season with 40 knockdown blocks and 138 blocks at the point of attack.

Kinnard picked up a host of post season honors this year. He earned All-American accolades from the Associated Press (third team), the Sporting News (second team), Pro Football Focus (first team), and was a first-team All-Southeastern Conference selection by the AP and a second-team All-SEC choice by the league coaches. He was also a candidate for the Outland Trophy given to college football’s top interior lineman.

Kinnard also said Monday that Luke Fortner is coming back. “He’s not big on social media. He said I could say that after I announced my decision.”