Leach ready to return to Lexington to face UK 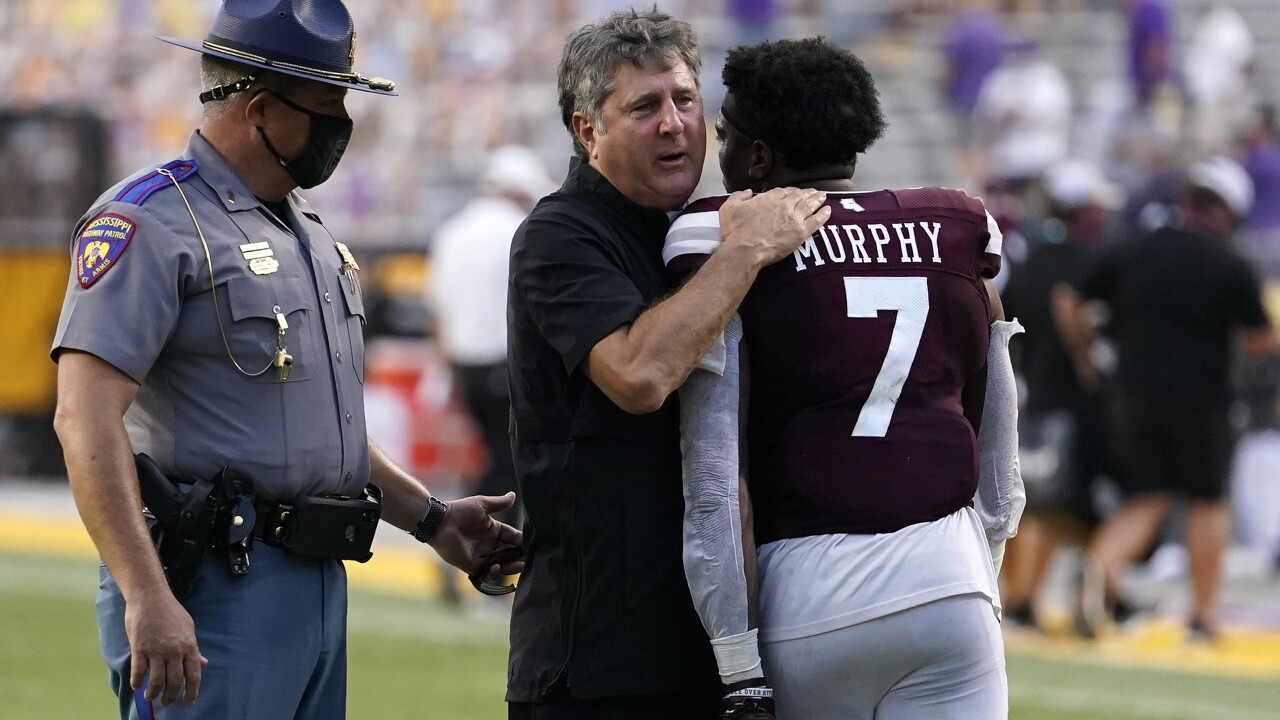 LEXINGTON, Ky. — Mike Leach held up a cell phone at his Monday press conference blaring the Air Raid sound that he helped make so familiar at Kentucky when he was an assistant to Hal Mumme.

Saturday at 7:30, Leach will bring his first Mississippi State team to Lexington to face the Wildcats in Kroger Field. He was the offensive coordinator for during the 1997 and '98 season at Kentucky. He says this will be his first time back since he became a head coach. "I'm looking forward to going back to Kentucky. In football, you know, you get asked the memory lane question quite a bit. Not a lot of time to walk down memory lane, but it'll be good to see Lexington again."

Leach still kees in touch with Mumme who came to Kentucky in 1997 but resigned following months of investigation into possible NCAA violations. He spent time at Southeastern Louisiana and New Mexico State and was even an offensive coordinator for Bob Stoops and the Dallas Renegades this year before he was injured in a collision with a player on the sidelines and became an adviser. The two still keep in touch and it usually turns to talking football. "He's doing a lot of clinics and things nowadays. He's still definitely involved. He'll always be involved in football. I can promise you that. Whether he's got a team or not, he's always in the thick of it with coaches drawing things up. Drawing things up on napkins, sometimes cloth napkins, which yeah we've had some funny expressions on waiters' faces over the years when he can't find paper. He grabs a cloth napkin and starts drawing stuff. He's still in it, front and center."

And what does Leach think about his opponent on Saturday? "Tough gritty team. It'll be a good contrast of they want to run the ball and use the clock, and you know we're going to throw it. They're good on defense. Both defenses, I think, are starting to kind of take shape. I know they gave up some points. A lot of them were shots that hit for Ole Miss, but down in and down out they played better than the score suggests."

Mississippi State upset reigning National Champion, LSU, on the opening weekend of SEC Football but lost at home to Arkansas this past Saturday 21-14.