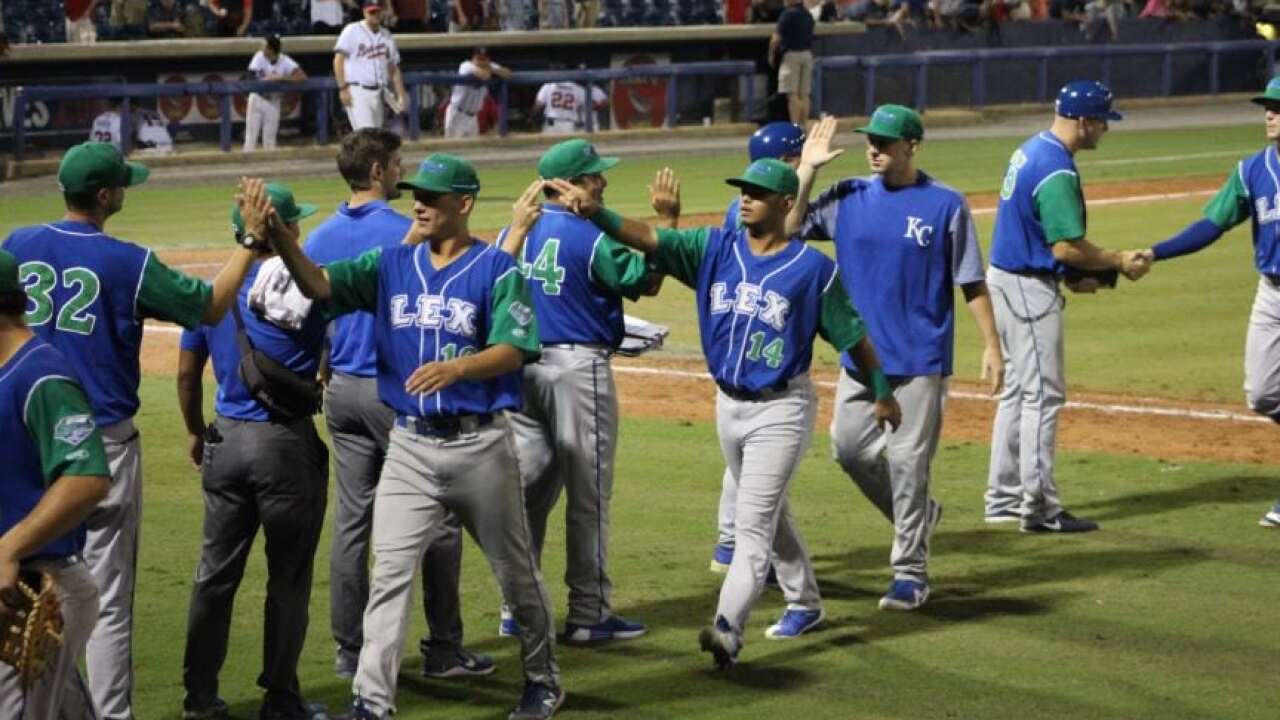 HICKORY, N.C. — The Lexington Legends cruised to a 7-0 win over Hickory Tuesday night to take a 2-0 lead in the South Atlantic League Championship series.

The Legends collected 11 hits including two home runs. Chris Hudgins hit a two run shot in the 5th inning and a three run homer by Eric Cole in the 9th. Carlos Hernandez went five innings on the mound for Lexington giving up just two hits, 3 walks and he struck out seven.

The Legends return to Whitaker Bank Ballpark with a 2-0 lead in the best of five series against the Crawdads. So, they'll get three shots to win one game and the series. That would also give Lexington back-to-back titles in the South Atlantic League. First pitch for Thursday's Game 3 is 7:05.