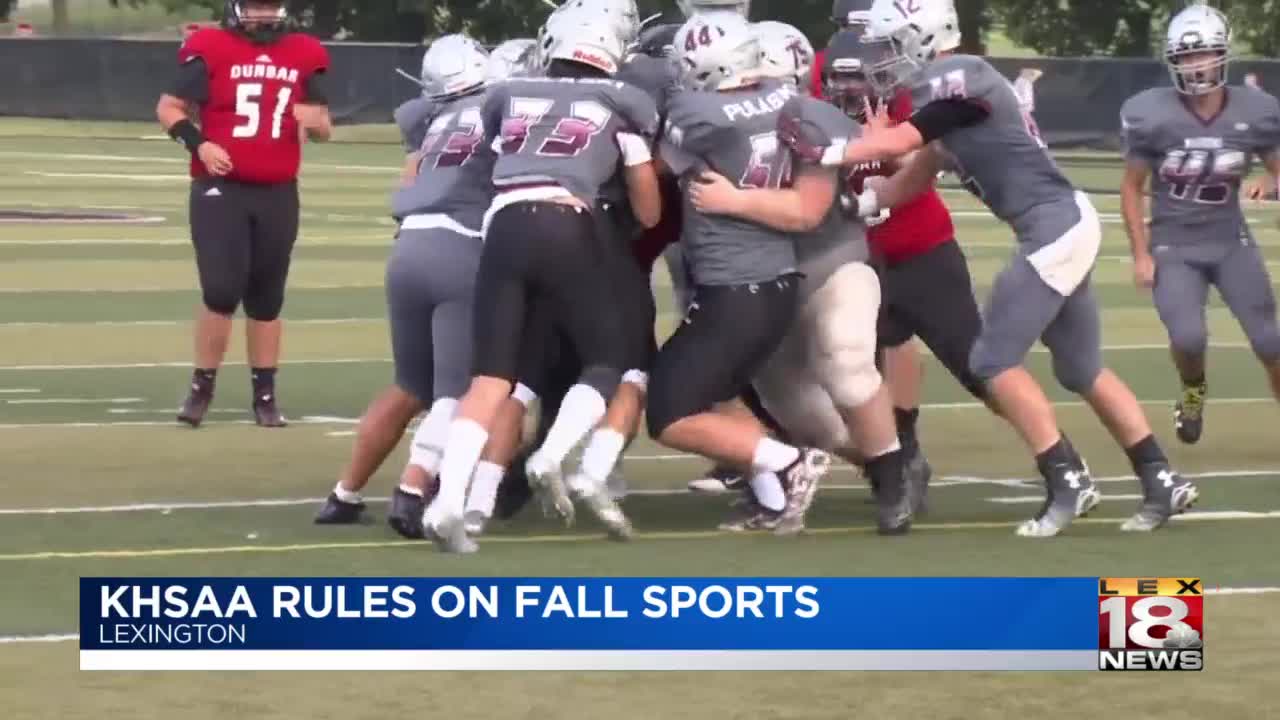 LEXINGTON, Ky. (LEX 18) — It certainly sounded like the Kentucky High School Athletic Association's board members had their ducks in a row before joining Tuesday's virtual meeting.

Commissioner Julian Tackett cited a 9 to 1 ratio of those surveyed who preferred to allow the high school fall sports season to go on as usual. There will be some tweaks to the practice and game schedules, but for the most part, things won't be all that different.

Practices will begin on August 24, with competition set to start on September 7. As we know, things are fluid with COVID-19, and all of this is subject to change. As one board member said, you could “draw this line in the water,” that's how flimsy things are, but for most, today's decision is a sigh of relief.

"It helps these kids so much, to have a little positive after three or four months of mass negativity," said Nathan McPeek, the head football coach at Frederick Douglass High School. McPeek said he'd much rather have these kids in his care, than off doing something elsewhere. Commissioner Tackett echoed that sentiment.

"I think we have to be sure the message is clear, that just because we don't play, doesn't mean play isn't going on," Tackett said. "I don't think we want to empower outside people to get third party opportunities started. I think certain decisions could lead to something like that."

So they decided to delay the start, reduce the number of games played, (football will get knocked down to eight games, soccer will play 16, while field hockey as many as 19). Interstate travel will be allowed for bordering towns unless it's an event that requires national sanctioning. The organization will also limit participation in tournaments to no more than eight teams.

As we know, not one of these measures will ensure that Kentucky's student-athletes and their coaches won't contract coronavirus. But officials say these were necessary steps to avoid a cancellation or moving the fall season to the spring, which was also an option.

"Obviously, you have to get that practice in with tackling and blocking at some point," McPeek said, "But I think we can be smart about how we approach practices."

The Broncos will open defense of their region championship against Dunbar on September 11, and Coach McPeek sounded like someone who's already playing that game out in his head.

"They have a really good returning quarterback, and Coach (Wes) Johnson is a great coach who will have them ready," he said.

For McPeek, it was probably nice to interact like that about games, rather than social distancing, or illnesses, or cancellations.