Rewards academics, off and on-field actions 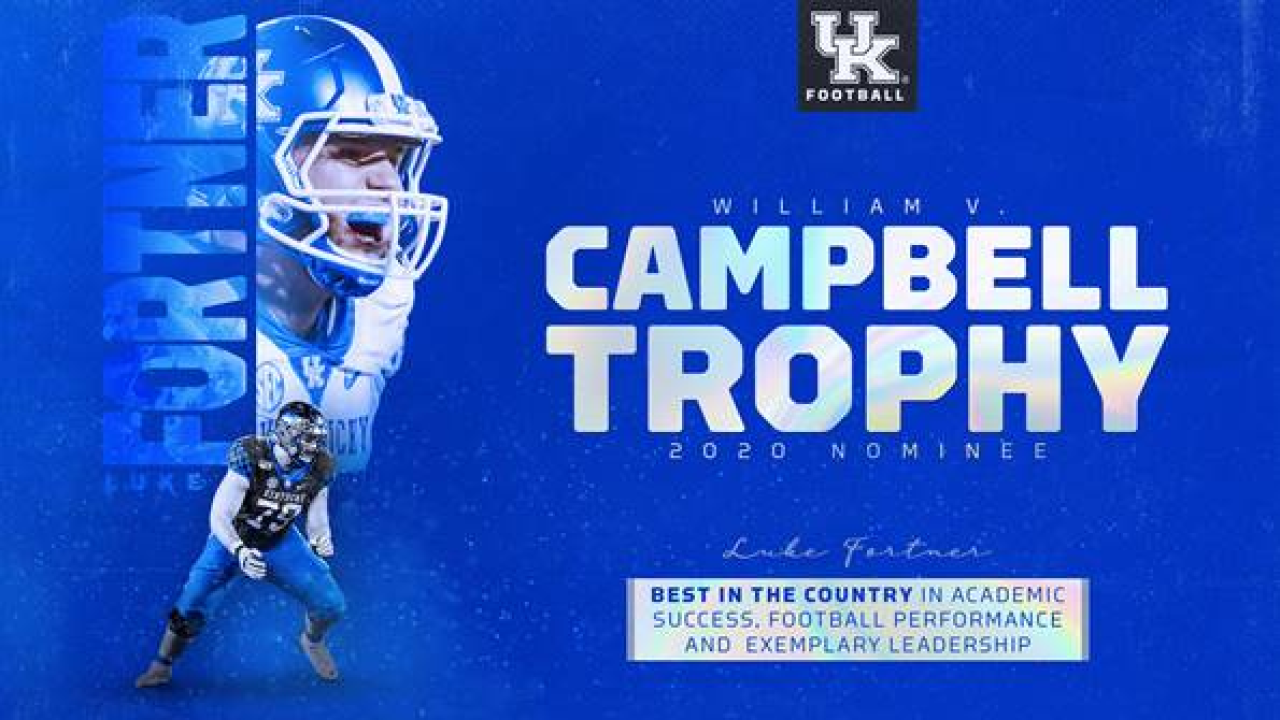 LEXINGTON, Ky. — UK offensive lineman Luke Fortner has been named a candidate for the William V. Campbell Trophy for 2020. It goes each year to the player that combines top performances in academic, football and community service.

Fortner, who is an offensive guard already graduated from UK in December of 2019 with a degree in mechanical engineering and he's working on a masters. He was a three-time member of the SEC Academic Honor Roll

Fortner put his degree to good use last fall when he, along with other UK engineering students, played a significant role in helping a team of Toyota Manufacturing engineers design, test and manufacture a specially-built push cart vehicle through a project called “Lift Them Up.” The push cart vehicle provides a Kentucky Children’s Hospital patient the chance to both accompany the Wildcats on the Cat Walk and attend a game at Kroger Field.

He continued to visit with patiends at the Kentucky Children’s Hospital in September of 2019 as part of the “Tuesdays with the Wildcats” program, created by former Wildcat C.J. Conrad in 2018.

On the field, Fortner totaled 27 knockdown blocks, no missed assignments, allowed only one sack, and had just one penalty in 646 plays. He also helped UK have four runners with at least 500 yards.