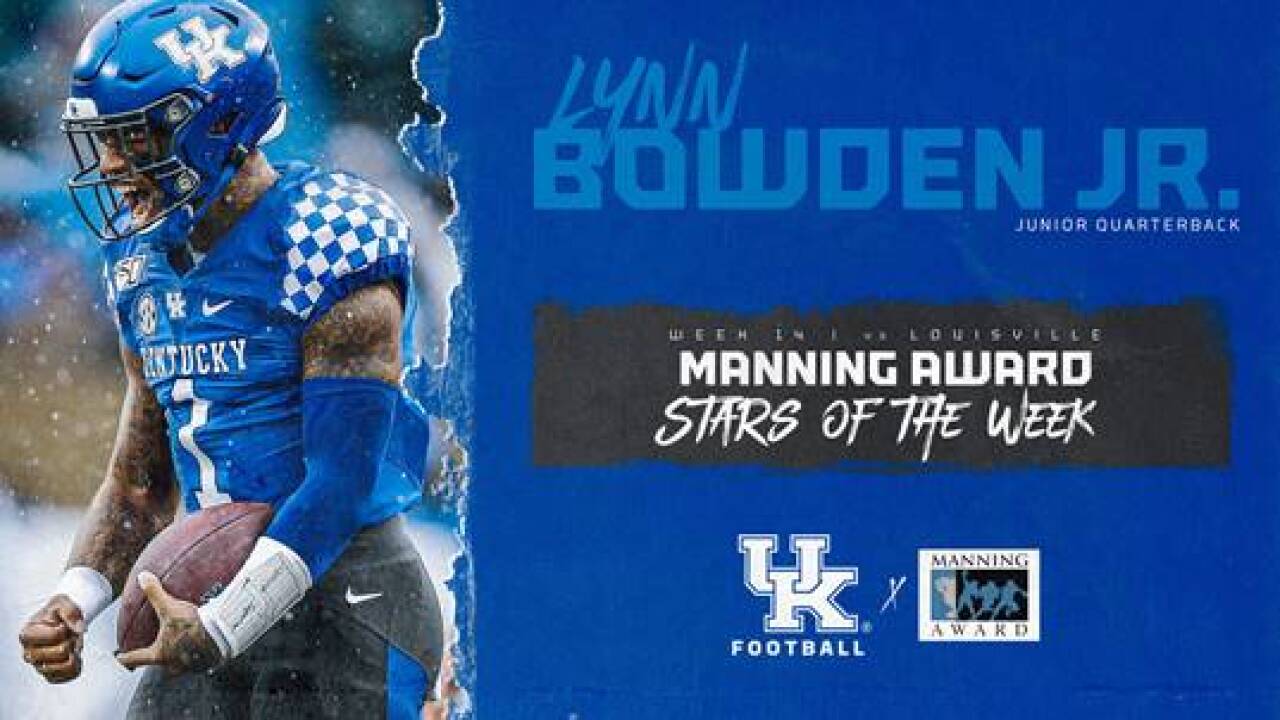 (LEX 18) — After Kentucky's 45-13 win over Louisville on Saturday, Lynn Bowden Jr. has been nominated to win the Manning Award Star of the Week, which is sponsored by the Allstate Sugar Bowl and is voted on by fans.

The other quarterbacks that received the nomination include:

Fans can vote for who they thought was the best performance from last weekend here. Voting closes on Thursday.

The winner of the voting will get the Manning Award Quarterback of the Week.

Here are highlights of Bowden's performance on Saturday:

Bowden, who is also a finalist for the Paul Hornung Award, averages 153 all-purpose yards per game.

He also received the First-Team Midseason All-America honors by The Associated Press and ESPN. Bowden also averages 8.2 yards per rush, which leads the SEC and ranks second nationally.

He is the only player to lead his team in rushing and receiving yards.

This is the second time that Bowden has been up for this award. On Oct. 14, he won the Manning Quarterback of the Week after UK's 24-20 win over Arkansas.

As of Monday afternoon, Bowden was leading with over 200 likes.

Bowden was also named the SEC Offensive Player of the Week on Monday.