Concert will begin after the Catwalk 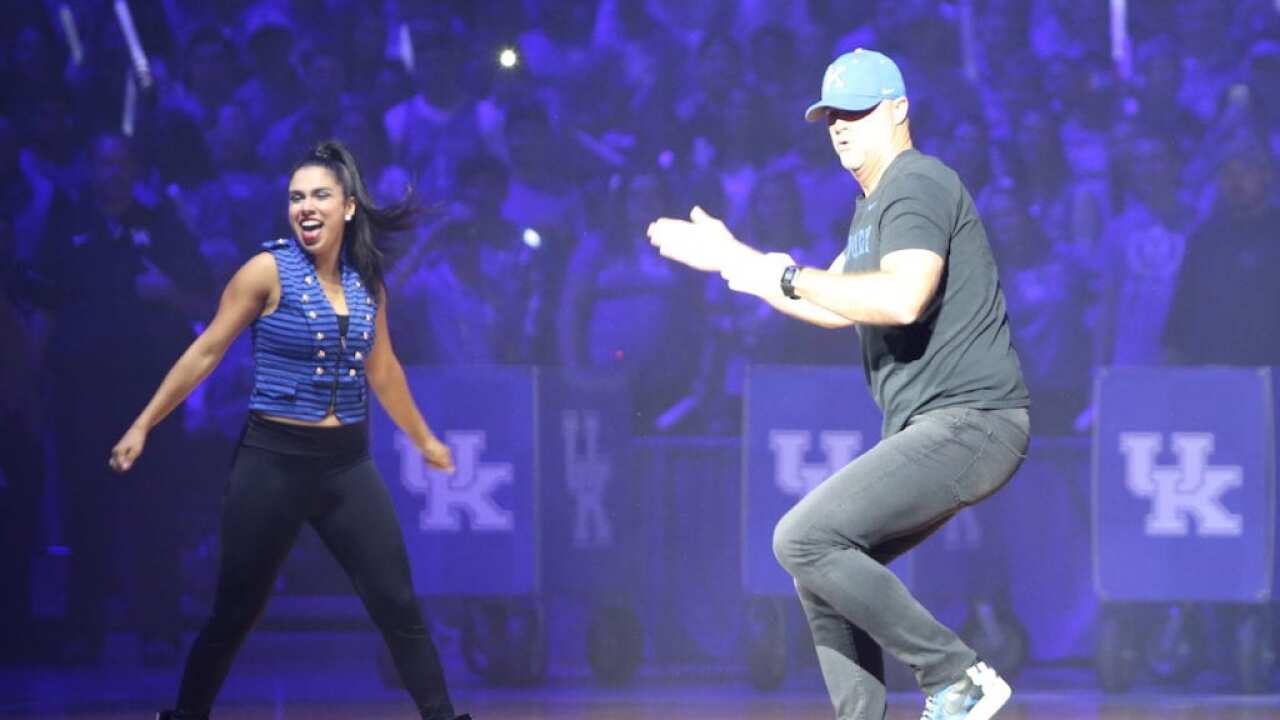 Matthew Mitchell once again had some fun at Big Blue Madness and he’s convinced this year will be much better for the Kentucky women’s team. (Vicky Graff Photo)

Mitchell and his band the Nashville All-Stars will play a concert outside of Kroger Field near Gate 12 right after the Cat Walk. It should be about 5:15. Mitchell performed as the front man of a group for a concert in 2015.

Mitchell is Kentucky's all-time winningest coach as he gets ready to start his 13th season of leading the Wildcats program.

The UK football team will kick off Saturday's game against Missouri at 7:30 and it can be seen on the SEC Network.