No. 13 Kentucky uses second half rally to beat Vanderbilt 71-62 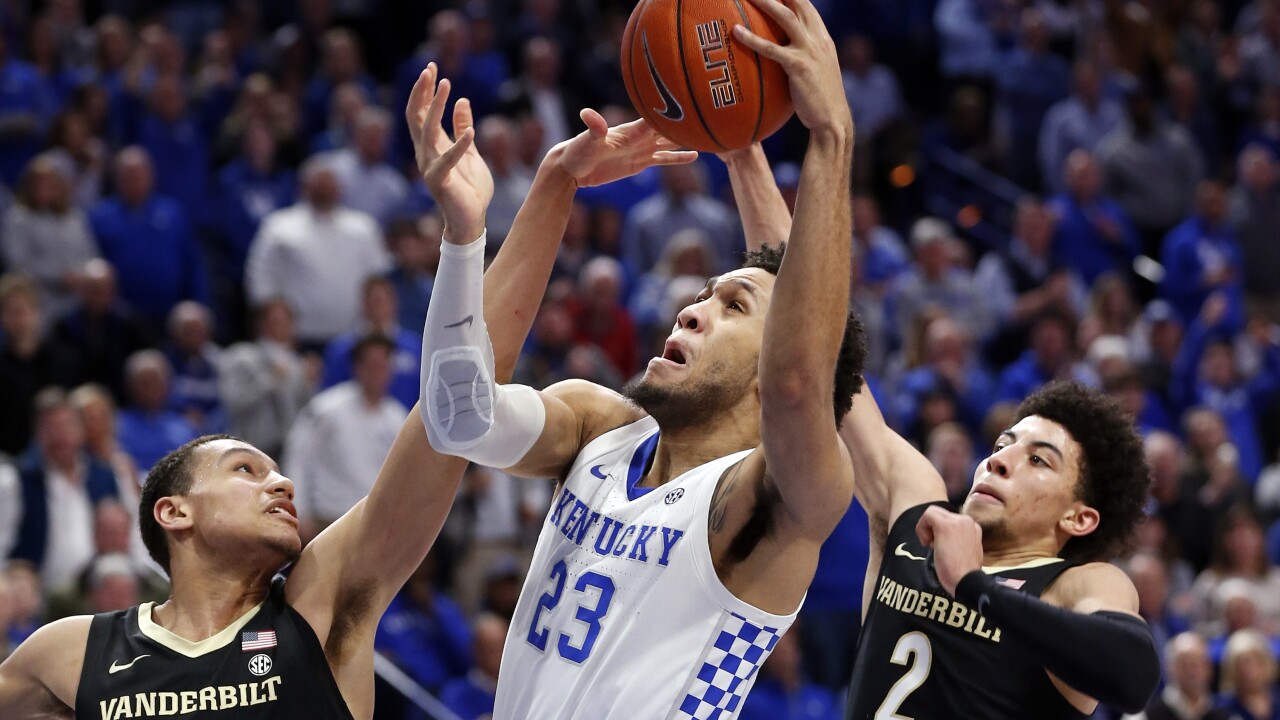 LEXINGTON, Ky. — After trailing Vanderbilt 35-28 at the half, No. 13 Kentucky came out in the second half and chipped away at the deficit to pull away from Vanderbilt and win 71-62.

Kentucky jumped out to a quick 5 point lead with an E.J. Montgomery dunk. Vanderbilt started knocking down shots and the teams traded first half leads. When Ashton Hagans hit a shot in the lane to make it 18-17 Kentucky, that was the Wildcats final lead of the half. Vandy finished the half on a 5-0 run thanks to a Scotty Pippen, Jr. shot in the lane and a Maxwell Evans three pointer. It was 35-28 Commodores at the break.

The turning point in the second half came with Kentucky down eight at the 13:27 mark when UK went on a 7-0 run. Nick Richards followed up a miss with a rebound-slam, Johnny Juzang then got a floater along the baseline and E.J. Montgomery got a rebound, putback and he was fouled to pull the Wildcats within one, 47-46.

Kentucky would eventually grab the lead on a Montgomery rebound and hook shot. 51-50 Wildcats in front. UK held Vanderbilt scoreless from the field in the final 5 and a-half minutes of the game to finish off the 71-62 win.

Tyrese Maxey led UK in scoring with 17 but Nick Richards was aggressive in scoring his ninth double-double of the season with 15 points and 11 rebounds.

Ashton Hagans added 12, Immanuel Quickley had 11. UK shot 46% from the field while holding Vandy to 39%