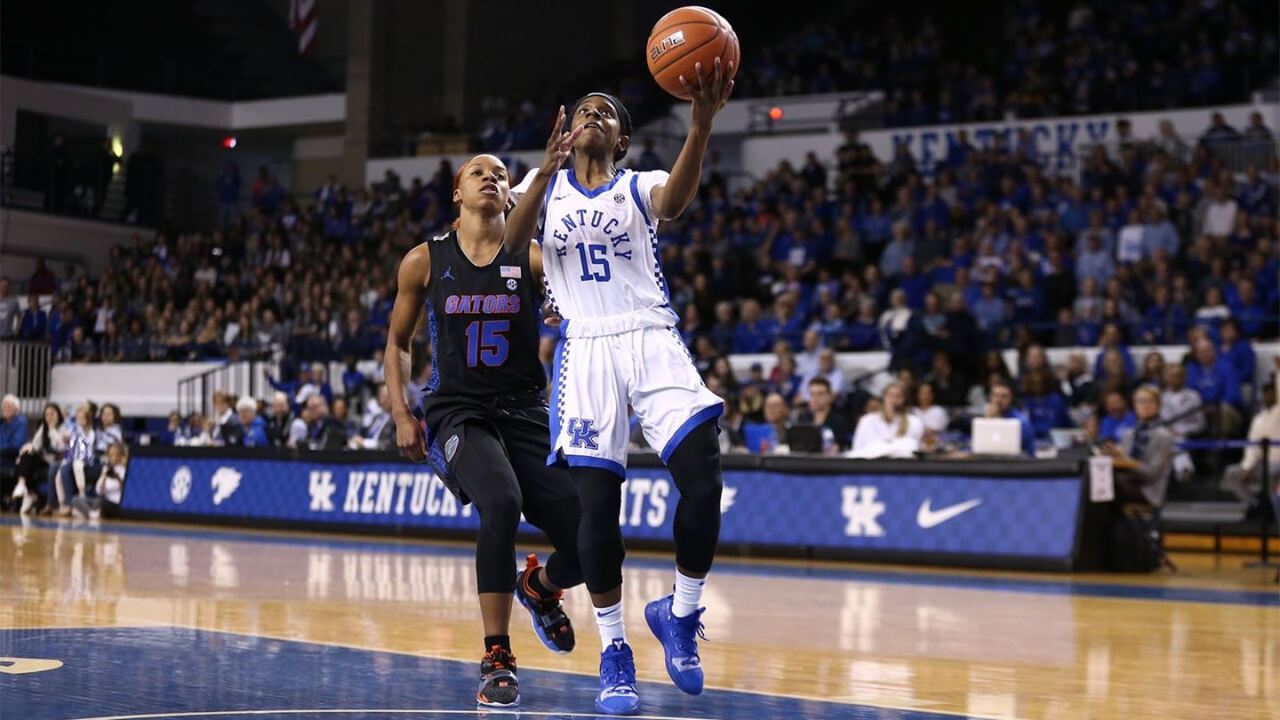 LEXINGTON, Ky. — The Kentucky women used eight steals, seven blocked shots and forced 17 turnovers to knock off Alabama, 66-62. That gives the Wildcats a season sweep of the series as head coach Matthew Mitchell runs his record against the Crimson Tide to 15-2.

The Wildcats only trailed early in the game and used that stingy defense to keep Alabama from making a run at taking the lead. Sabrina Haines led UK in scoring with 14 points while hitting 4 of 7 three pointers in the game. Chasity Patterson added 11 points while Jaida Roper had 10 and KeKe McKinney had 9 points, 6 rebounds and 5 blocked shots.

The win helped UK improve to 18-4 overall, 7-3 in the SEC. It also helped the Wildcats bounce back from a tough defeat at home on Sunday. "We had to do it together and with your back against the wall after, really, a lackluster performance Sunday, it's so easy for doubt to creep in on you," said Coach Mitchell after the game. "Just a really tough Alabama team and I think it's a really amazing effort for us to bounce back."

Kentucky will go on the road Sunday to face Arkansas at 4:00 p.m. on ESPN2.