No. 4 Kentucky comes back to beat Central Arkansas in OT

Wildcats trailed at the half for the first time 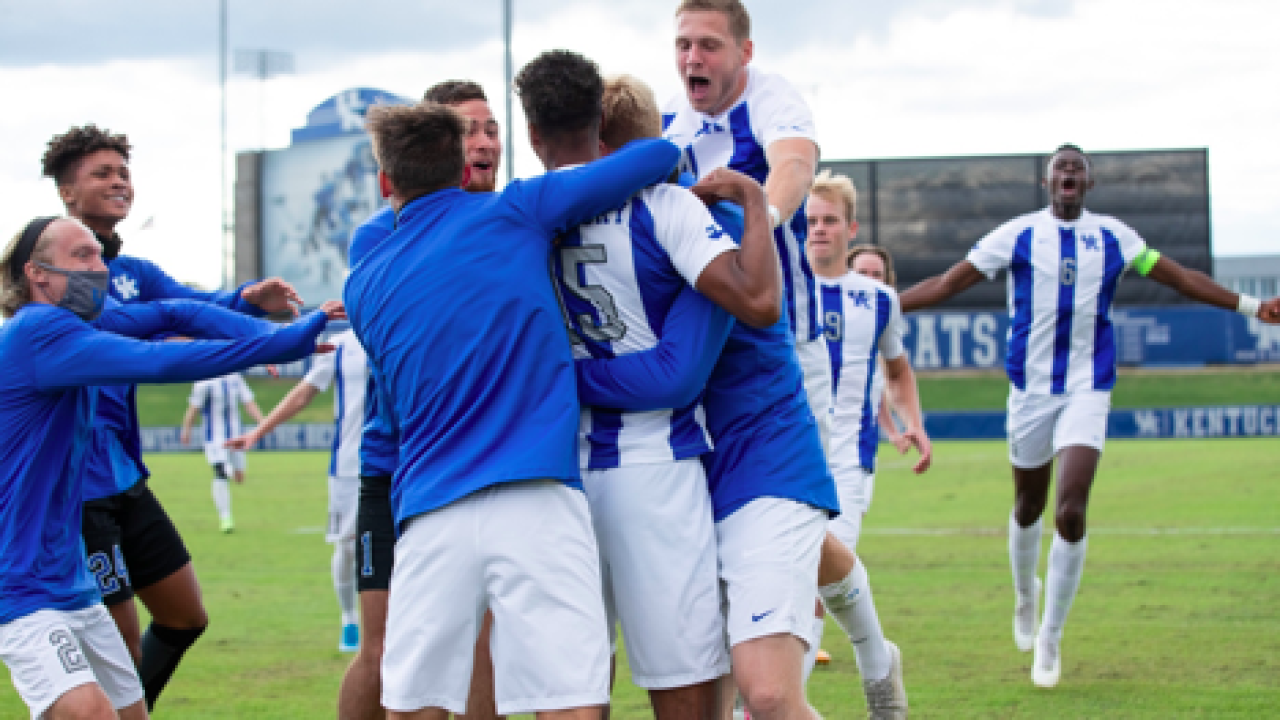 LEXINGTON, Ky. — The No. 4 Kentucky men's soccer team trailed at the half for the first time this season. But, the Wildcats came back to score a golden goal to beat Central Arkansas 2-1 in overtime.

The Bears needed just under seven minutes to score the first goal of the game as Kasper Anderson found the back of the net with the first shot of the game.

UK finally got it going in the second half as forward Mason Visconti scored his first goal of the season off a pass from Kalil ElMedkhar. It stayed that way into overtime where junior Brock Lindow secured the victory with the third game-winning goal of his career in the 96th minute.

Kentucky improves to 3-1 on the season. Next up, the Wildcats will host Mercer out of the Southern Conference on October 14 at 7:00 pm.