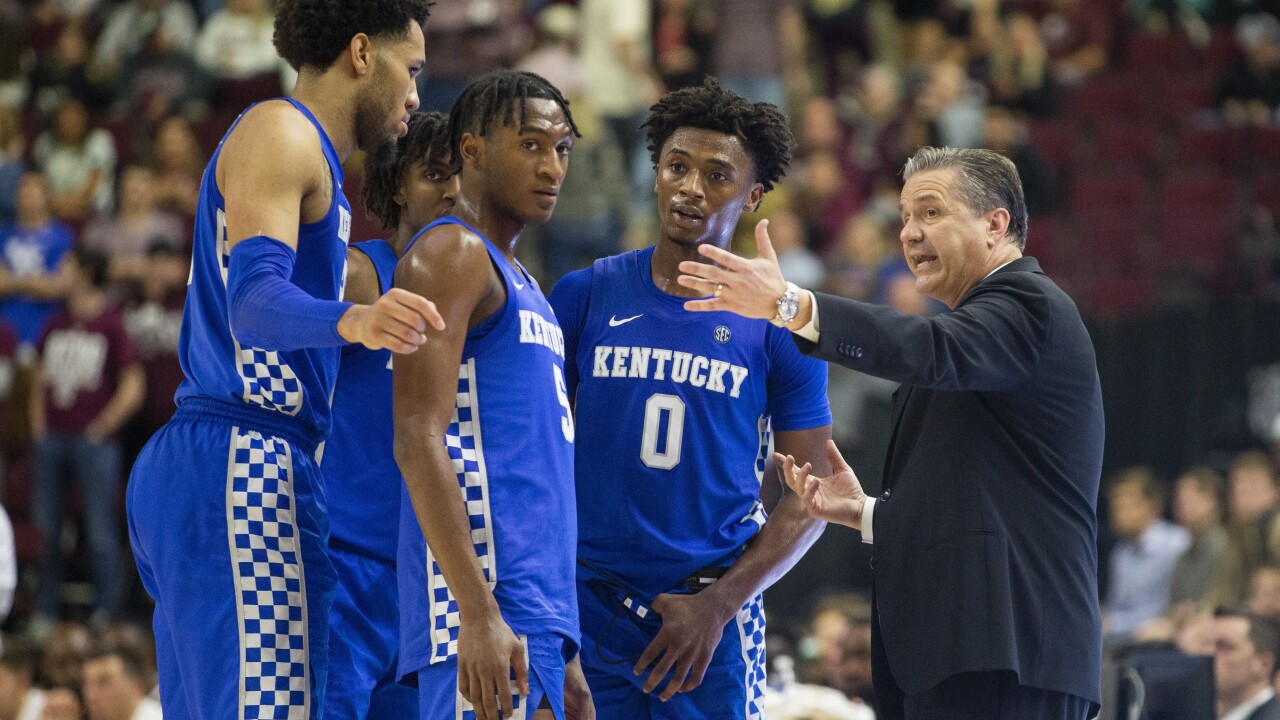 Sam Craft/AP
Kentucky head coach John Calipari talks to his team during a timeout against Texas A&M during the second half of an NCAA college basketball game Tuesday, Feb. 25, 2020, in College Station, Texas. (AP Photo/Sam Craft)

LEXINGTON, Ky. — University of Kentucky head basketball coach John Calipari is concerned with what's going on with the Coronavirus pandemic. He talked about that and the abrupt end to his teams season Tuesday on a Zoom teleconference.

His Wildcats have gone home but Coach Calipari says none of them have tested positive for the Coronavirus although one player did get the flu and tested negative. UK didn't get to start its run in the SEC Tournament before it and the NCAA Tournament were cancelled. "This was really difficult because of how this team came together," said Coach Calipari. "I felt this was a vibe that my best team's had. This team and individuals responded so positively. I told my staff we could win the whole thing." Coach added that they can't have one on one meetings and if it's individual meetings they can't talk basketball.

Like most Kentucky teams under Calipari, there are many players trying to decide whether or not to leave early for the NBA. But these are different times and there's no way to say for sure if there will be a combine or when the draft may be or if school's can host NBA front office and coaches for players to be seen. So, the players can only go on the current information from the league as to where they stand. "Four or five guys may test the waters. But I'm not sure. We haven't gotten to that point to talk to them," said Coach Cal. "I'm telling guys you better condition in some way. Your body is your castle and your career depends on that. In the house do situps, pushups, running inside or down the street. Wash your hands when you get back in. Put new clothes on and stay healthy."

Kentucky finished with a 25-6 and won the SEC's regular season championship. The Wildcats have one of the top recruiting classes with guys like B.J. Boston and Terrence Clarke expected to earn a lot of minutes. And there's a chance a new rule could be passed for a one-time transfer for college players. Coach Calipari doesn't like the idea, "The consequence is not for UK. Other teams can be farm teams for us. That alone should get the NCAA to not do this."