Paschal talks return and Coach Stoops protesting with the team

Wildcats getting ready for the 2020 season 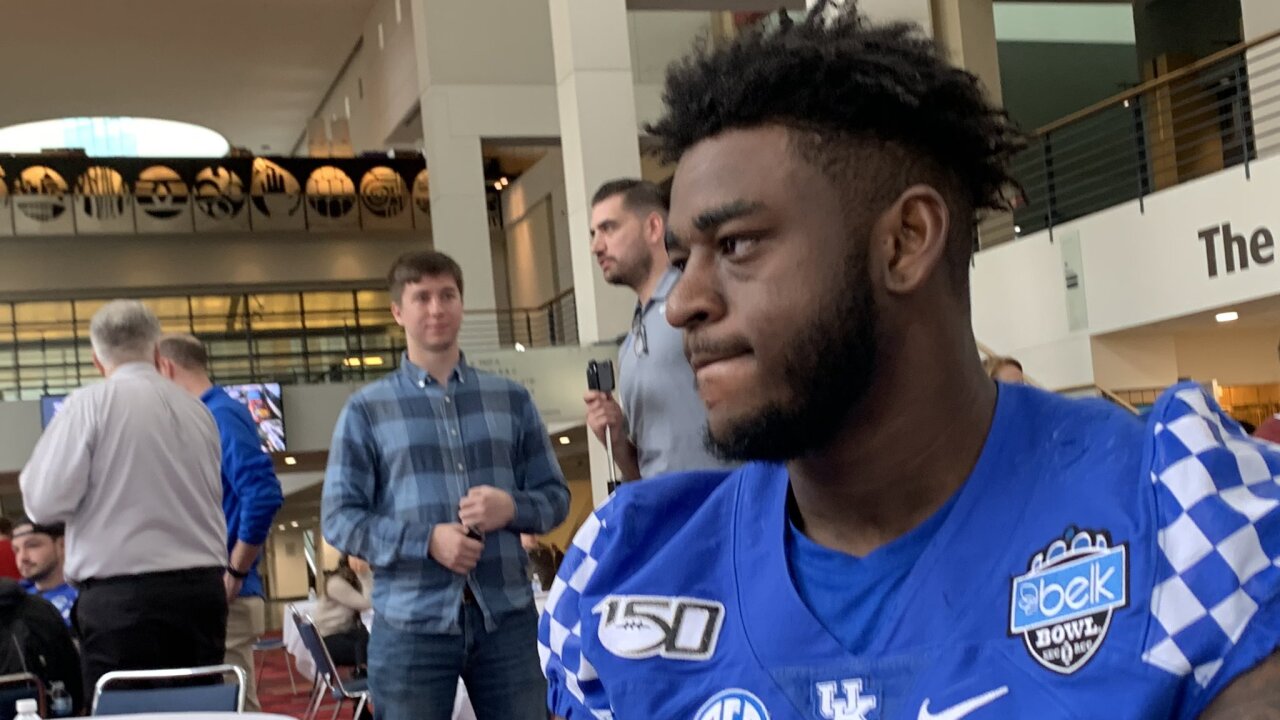 LEXINGTON, Ky. — It's been a busy couple of days for the Kentucky football team. Wildcats Head Coach Mark Stoops protested downtown with his players and then some started arriving back on campus to get ready for the 2020 season.

Among the first players to return was junior defensive end Josh Paschal. He was one of the players Coach Stoops, Associate Head Coach Vince Marrow and Courtney Love, the Director of Player Development led in a protest downtown. Last Friday they wore Black Lives Matter t-shirts while addressing a group and walking through downtown. "Coach Stoops, you know, he's about everything that he says," Paschal told a group of reporters Tuesday morning. "He has our back through whatever and we know that for a fact. He showed that to the country on Friday. That no matter what's going on, no matter if it's affecting him directly or it's affecting us he makes sure everyone feels loved and they're supported. He's really passionate about what he did on Friday."

There have been some college football programs with allegations of racism on campus. Paschal was asked about his own team. "This is a time the team is united. We're all fighting for the same cause," said Pascal. "I know everyone of my teammates, no matter the color of their skin, have our backs, specifically the black players. We know we have support of our white players and vice versa. You know we're a brotherhood and we really showed that on Friday."

Paschal has already started working out with some of his teammates. Others arrived on Monday and had to go through a COVID-19 screening before they can be ready go. And, the newcomers will arrive Monday the 15th to go through their testing. Right now they're only conditioning with runs, weightlifting and some drills without coaches "It's a small group. So when you have six people in a group, you're so used to dabbing somebody else up once they finish the rep or something like that," Paschal said with a smile. "You can't do that now, you can't help your teammates up off the ground and stuff like that. So it's very different."

If all goes well, UK is scheduled to open up the season on September 5 at home against Eastern Michigan.