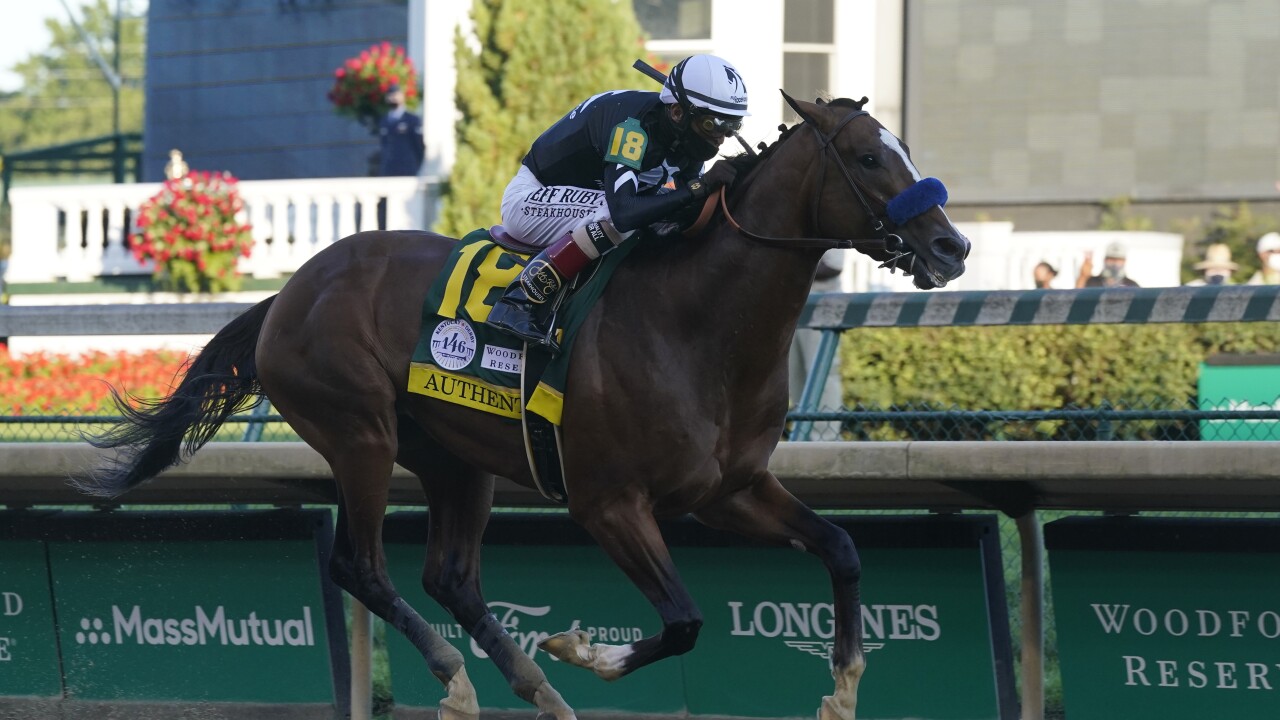 LOUISVILLE, Ky. (LEX 18) — Authentic is the winner of the 146th running of the Kentucky Derby.

The Bay Colt held off a surging Tiz the Law down the final stretch. Mr. Big News finished third.

It's Baffert's 16th career triple crown victory, extending his record for the most all-time.

This is Authentic's fourth win in five career races. He finished second at the Santa Anita Derby.

Authentic’s win in the Kentucky Derby also means @spendthriftfarm has its first Derby winner since Seattle Slew in 1977. Congrats to Ned Toffey and the farm. pic.twitter.com/xHU0bKkNz3

The third leg of the triple crown is scheduled for October 3 at the Preakness Stakes.

*This is a developing story and updates will be added when they become available.