Sat out last season at UK after the diagnosis 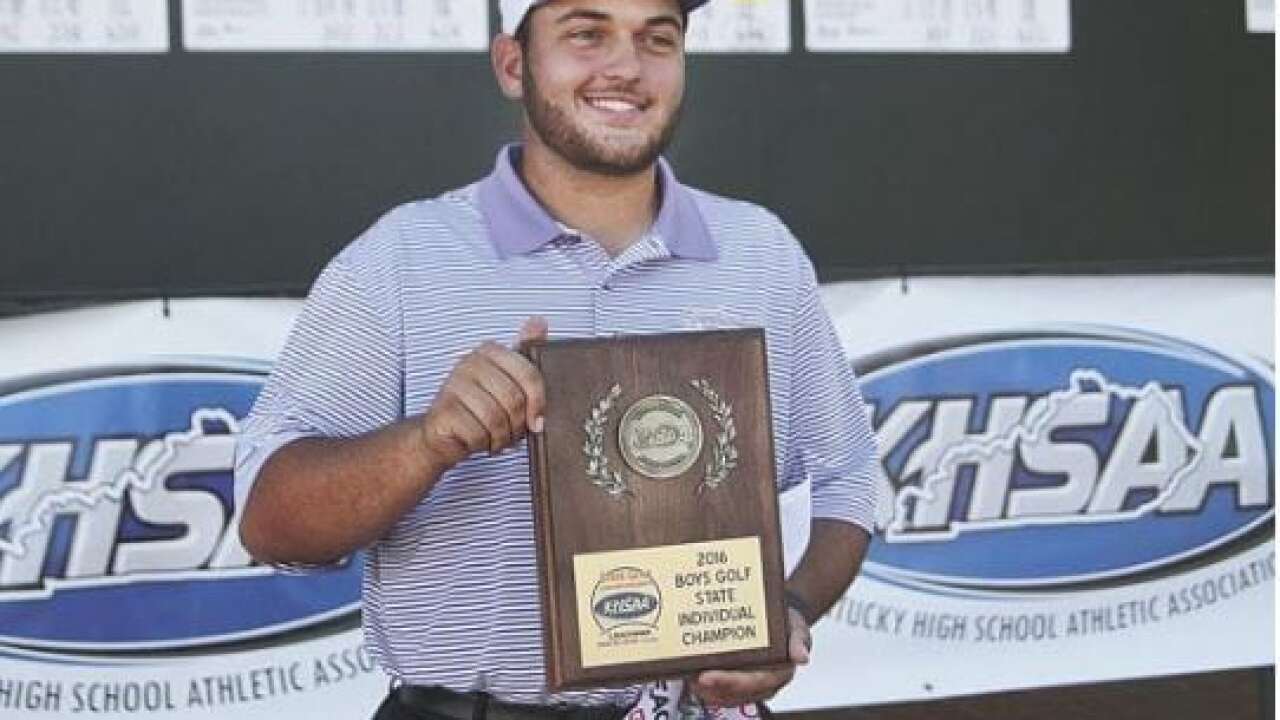 LEXINGTON, Ky. — Former University of Kentucky golfer Cullan Brown passed away in Lexington after a battle with cancer. UK confirmed the news on Tuesday.

Brown played at Lyon County High School where he won the individual State Golf Championship in 2016 and he was the runner-up in 2015 and 2017. He then played at Kentucky where he was named to the All-SEC Freshman team after he had four top-20 finishes for the Wildcats.

After his freshman season, Brown was given a sponsors exemption to play in the PGA's Barbasol Championship in Nicholasville in 2019. He had rounds of 72-68-67-71 to finish at 10-under par and a tie for 53rd on the leaderboard.

Then between that tournament and the start of his sophomore season, Brown was diagnosed with with osteosarcoma, a form of bone cancer, in his left thigh. Treatment requires chemotherapy and surgery so he withdrew from Kentucky to focus on his health.

Brown was in Lexington and surrounded by his family when he passed away. Arrangements will be announced later.