SEC Champs to be recognized 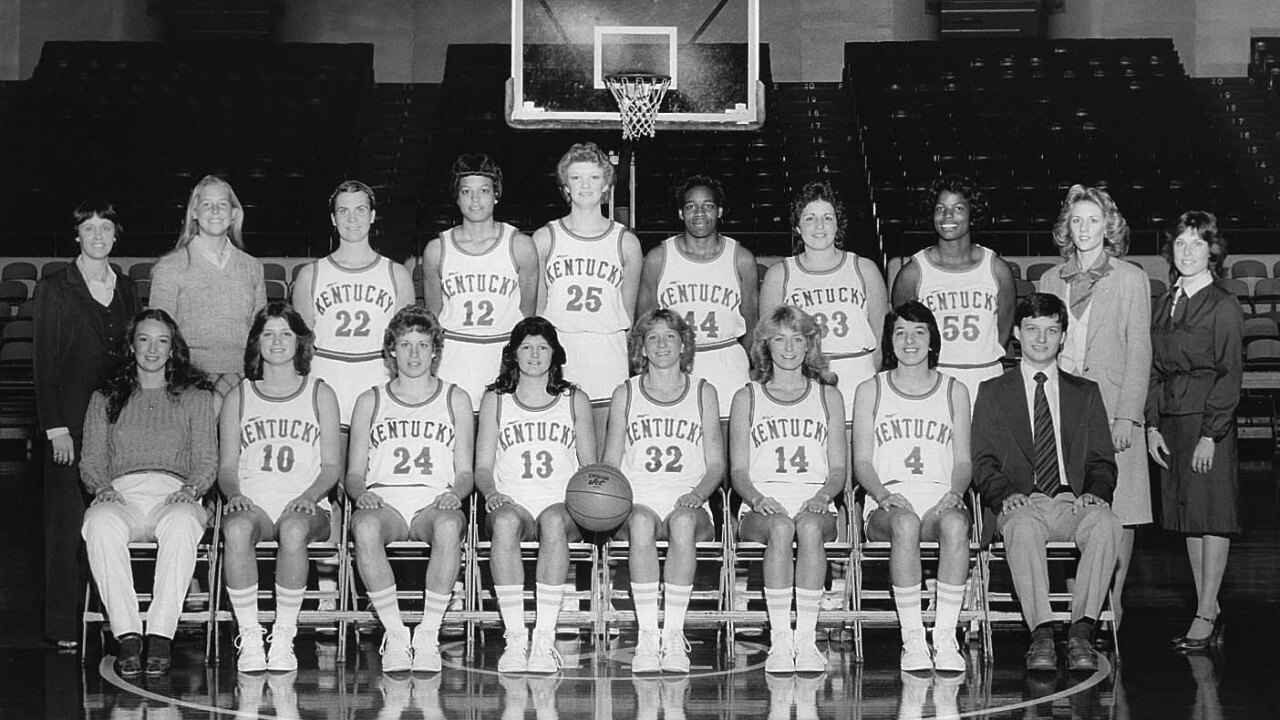 LEXINGTON, Ky. — The 1982 University of Kentucky Women's Basketball team will be honored during an on-line reunion and ring ceremony on October 9th at 3:00 pm.

The Wildcats, or Lady Kats as they were known then, were not given rings after winning the SEC regular season title and the league Tournament. Kentucky knocked off Tennessee in Lexington to win the Tournament. They went on to play in the NCAA Tournament where they fell to eventual National Champion, Louisiana Tech, in the region finals.

The Wildcats were coached by Terry Hall who passed away in 1997 after a battle with cancer. She led Kentucky to a No. 4 ranking in the country. On the court, All-American Valerie Still averaged 25 points, 14 rebounds and blocked 39 shots while three others, Lea Wise (12), Toyna Fogle (11) and Patty Jo Hedges Ward (10) also averaged in double figures. “I could not have earned this distinction had it not been for my selfless teammates, and I share this record with them. I’m honored to have played with these ladies and hope I’m an inspiration for young athletes” says Valerie Still.

You can watch the players reunion and ring ceremony by clicking this link, https://www.facebook.com/UKLadyKatsSECChamps [facebook.com].

This event including funding for the rings is being privately funded. To show your support by helping fund this event honoring these pioneers in women’s collegiate sports, you can donate at GoFundMe: https://www.gofundme.com/f/1982-womens-basketball-sec-championship-rings?teamInvite=l2BgG9NRMNoOmwnq4BDrV8cEdp9BOZGfHYIitBab4fYz8HbZULfQqJ8bWM4N350U [gofundme.com]