Richards taken with the 42nd pick traded to the Hornets 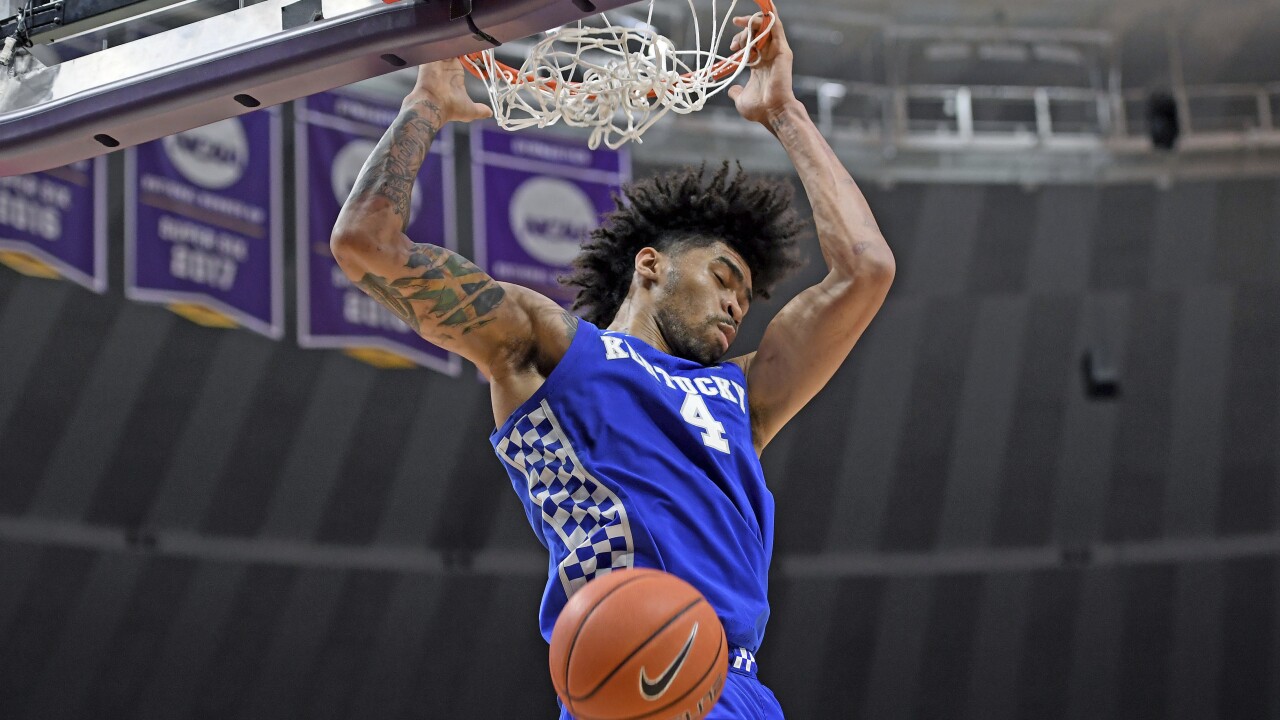 LEXINGTON, Ky. — Former Kentucky center Nick Richards was selected in the 2nd round of the NBA Draft with the 42nd overall pick by the New Orleans Pelicans. Then, he was traded to the Charlotte Hornets to begin his pro career.

Richards joins former Wildcats P.J. Washington and Malik Monk in Charlotte. The team drafted LaMelo Ball and Vernon Carey, another center out of Duke before choosing to trade for Richards.

During his junior season at Kentucky, Richards game blossomed. He was tied for second on the team in scoring with 14 points per game. And, the seven footer led the team with eight rebounds per game and 66 blocked shots.