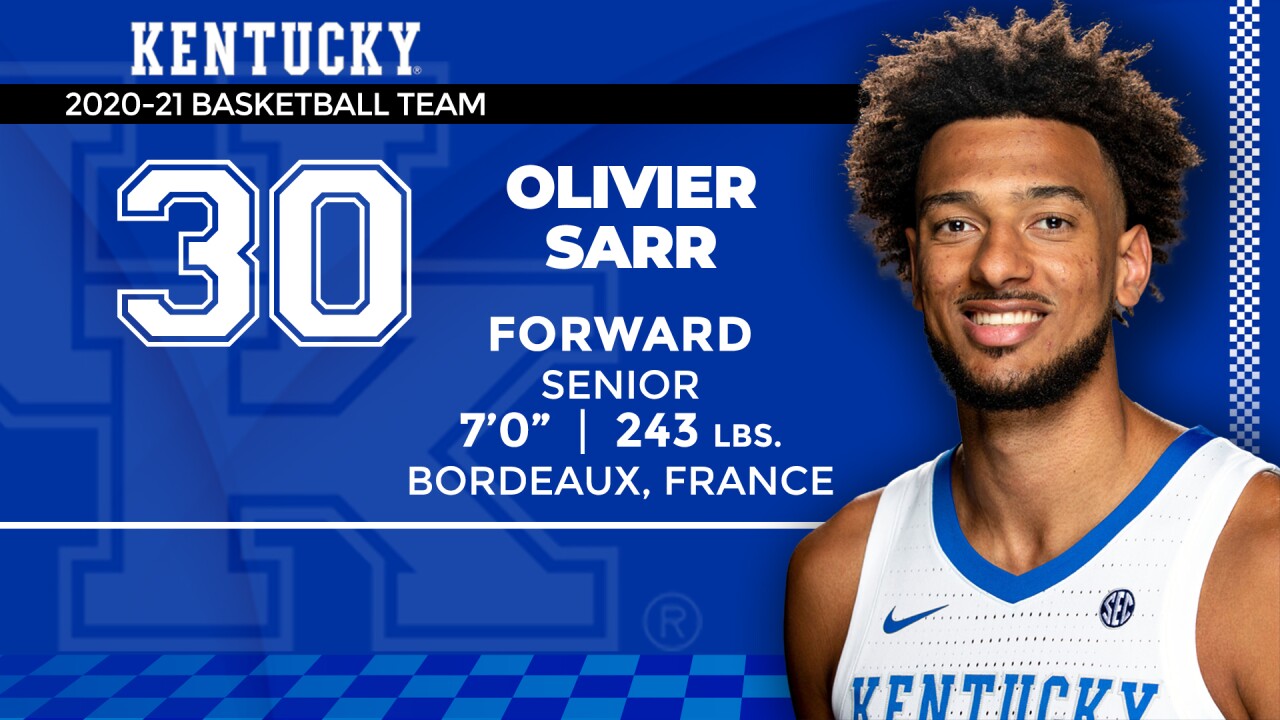 LEXINGTON, Ky. (LEX 18) — Kentucky forward Olivier Sarr has been named to the watch list for the Kareem Abdul-Jabbar Award. It goes each year to the top power center.

Sarr transferred to Kentucky in the off-season after playing his first three seasons at Wake Forest. He's the only player from the SEC up for the award which will be given away in April.

Sarr averaged 14 points, 9 rebounds and a blocked shot per game in his junior season at Wake Forest. He led the team with 11 double-doubles and 33 blocked shots.