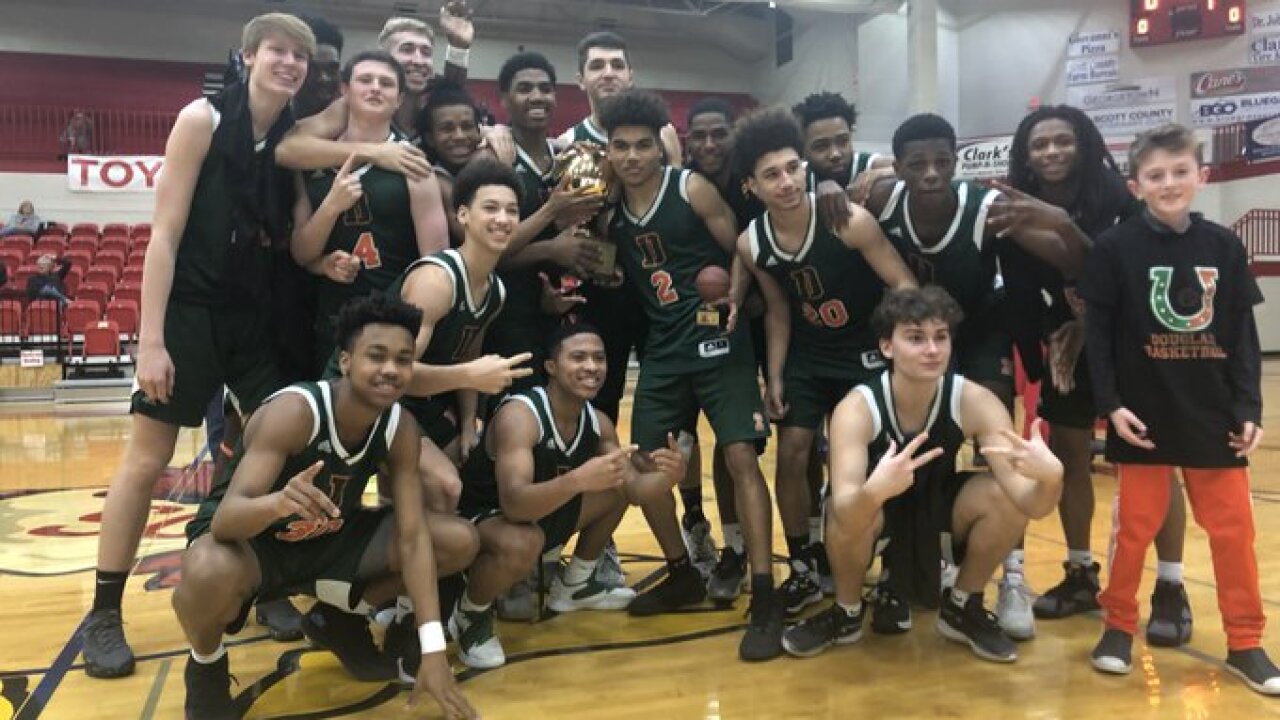 The Lady Cardinals and Lady Pioneers went down to the wire. With under a minute to play, Simon Kenton tied the game at 48.

With time winding down, Morgan DeFoor (12 points) drove to the lane and hit a floater off the glass with five seconds to play, giving Scott Co. the 50-48 lead.

Simon Kenton had a final chance to tie or win it, but the equalizer was off of the mark as Scott Co. held on to take down the No. 2 team in the state.

"We just ran flat like we have been throughout the game," said DeFoor before hitting the game-winning shot. "That's my go to move, a little hesitation to the left and then go right. And then the little floater, I do that all of the time so it was just natural to me."

"For our kids to play in front of a really good crowd, a regional atmosphere against a regional opponent," said Scott Co. head coach Steve Helton. "Simon Kenton, I can't tell you how much respect I have for that program. Our kids found a way, it wasn't always the prettiest but we found a way."

The Broncos were on fire from the jump. The team opened the game on a uick 8-0 run before having a 26-7 lead after the first quarter.

They didn't look back from there, stretching the lead to 22 at halftime.

Terrin Hamilton finished with a team-high 29 points, and helped cut the Cardinal deficit to 10 in the second half.

"I think it's big," said Jackson. "We're in our 3rd year history and we can put something in the trophy case so that's big for our school and our program."

"We talked about this, this is our first championship in a tournament and you got to learn how to do that," said Douglass head coach Kurt Young. "Hopefully we took a step in learning how to do it. We did our bend but not break as usual, getting a big lead and trying to give it back but I'm really proud of our kids, they deserve the success."