Three on the first-team 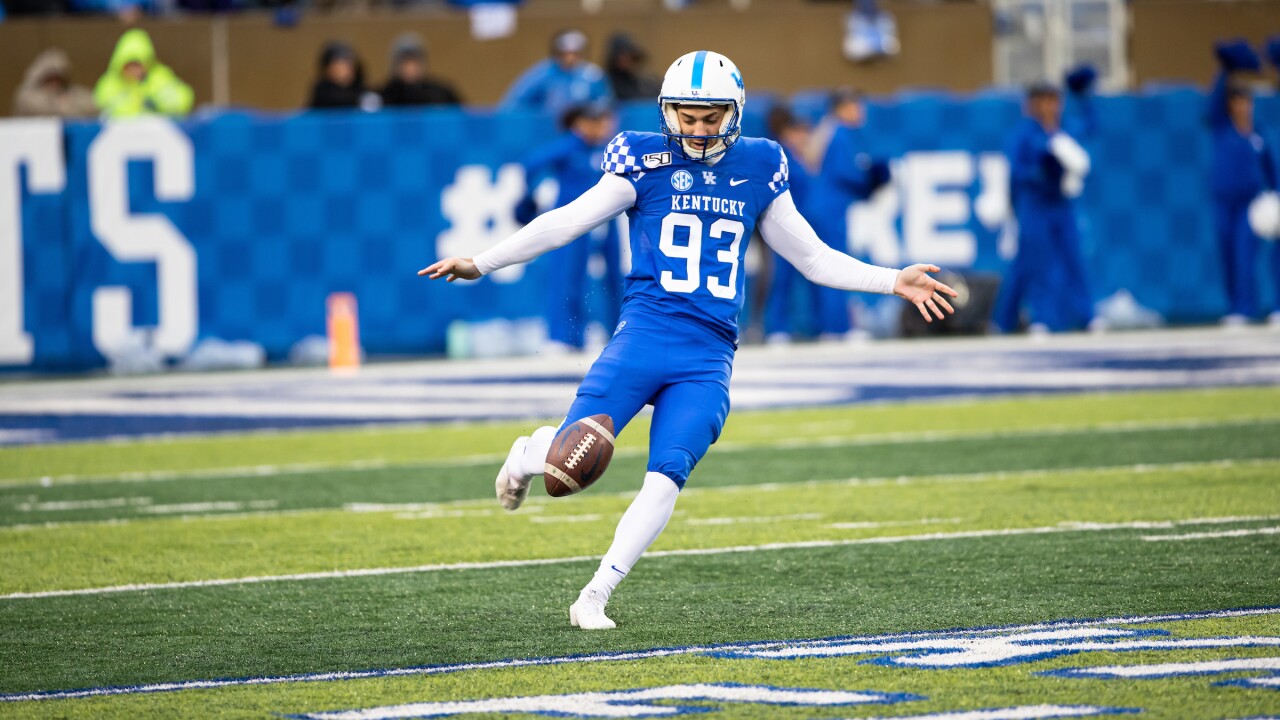 LEXINGTON, Ky. — Seven UK football players have been named to the All-preseason teams by the SEC Coaches for 2020.

On the first-team, Kentucky was represented by punter Max Duffy and offensive linemen Drake Jackson and Darrian Kinnard. The Wildcats had one more on the second team in offensive lineman Landon Young. Finally, three more players were on the third team with defensive back Yusef Corker, defensive lineman Josh Paschal and linebacker Jamar "Boogie" Watson.

Coaches were not permitted to vote for their own players.

Kentucky opens its 10-game SEC schedule Saturday, Sept. 26 at Auburn. The game will be played at noon ET on the SEC Network (television) and the UK Sports Network (radio).