The University of Kentucky women's basketball team announced that former Wildcat DeNesha Stallworth has returned to the program to serve as the coaching video coordinator. 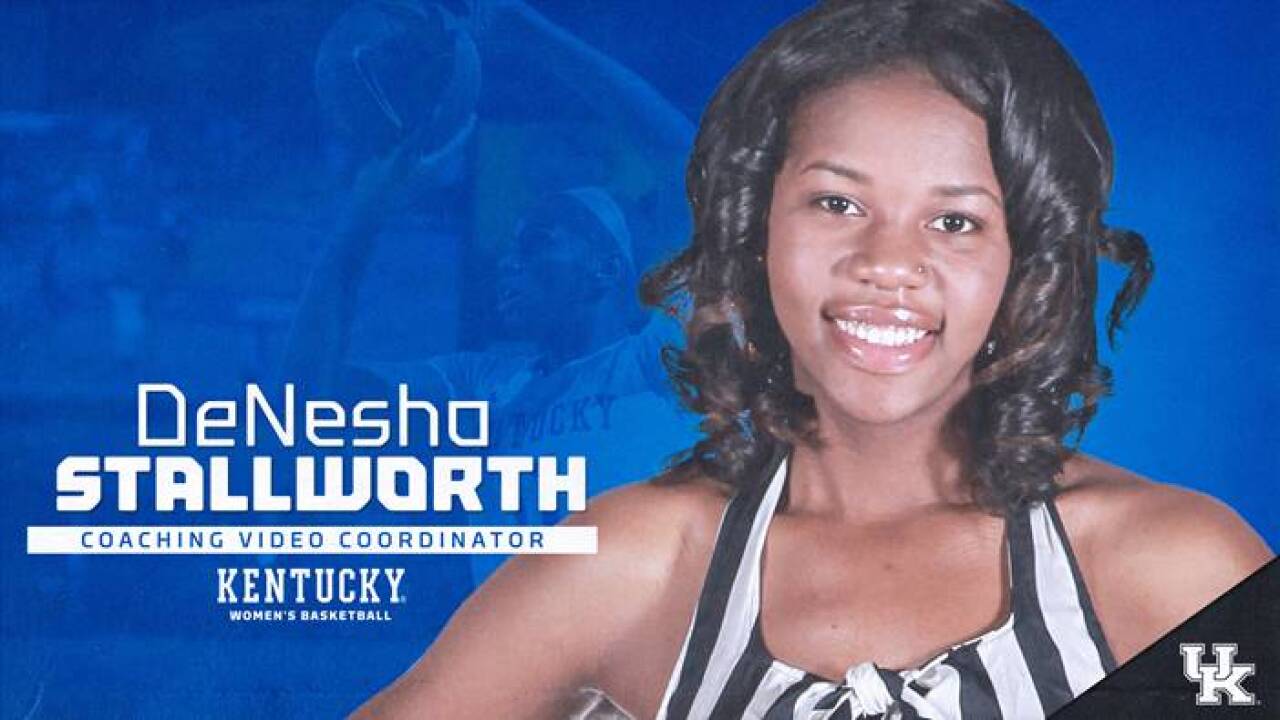 LEXINGTON, Ky. — The University of Kentucky women's basketball team announced that former Wildcat DeNesha Stallworth has returned to the program to serve as the coaching video coordinator.

After playing two seasons at California, Stallworth transferred to Kentucky where she scored 812 points and pulled down 417 rebounds. At the time of her graduation she was ninth on Kentucky's all-time double-double list with 15. She was also a candidate for SEC Player of the Year and up for national player of the year.

Wildcats head coach Matthew Mitchell is excited to have Stallworth return to help his coaching staff. "DeNesha is the perfect fit for our video coordinator position because of her familiarity with our program and engaging personality,” said Mitchell. “She was an exceptional basketball player that has a high basketball IQ and feel for the game. I know she is going to work well with our players and staff and have a positive impact on our program.”

Stallworth fills the void left vacant by Tony Nakashima, who spent one season at UK as the coaching video coordinator before recently being named assistant coach at Northern State University in Aberdeen, South Dakota.