Stoops concerned about football in the fall 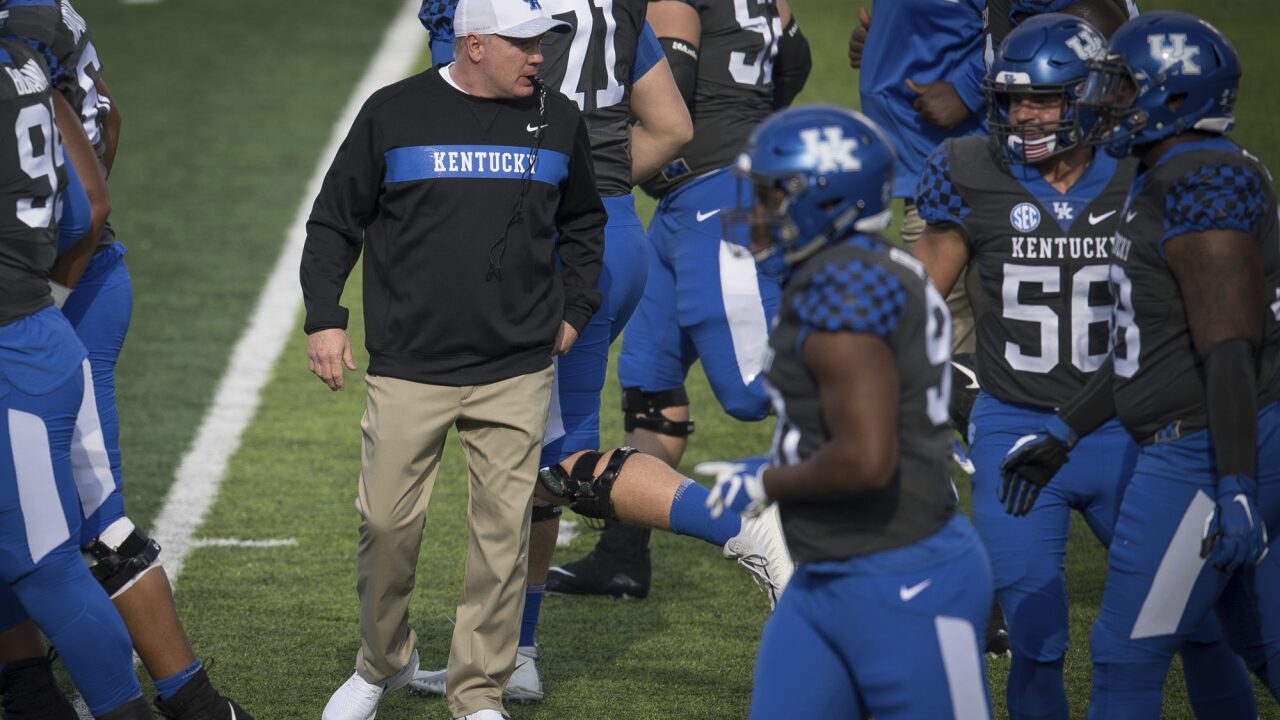 LEXINGTON, Ky. — University of Kentucky head football coach Mark Stoops said during a video conference on Friday that he could see college football being cancelled in the fall.

The Wildcats are scheduled to play their opening game at Kroger field against Eastern Michigan on September 5. "I am concerned," said Stoops on a Zoom video conference with media. He then added, "We'll continue to work and prepare to play that opening game. I have thought about it but you have to block it out and push to be prepared. This is much bigger than the University of Kentucky."

Coach Stoops also confirmed there haven't been any players or their immediate family members who have fallen ill to COVID-19. There was one player who was sick with the flu. He was treated appropriately for that and then tested negatively for the Coronavirus. Other than that his players are having to work on their own to be safe, keep doing well academically and getting strength training done. "The discipline of doing what you're supposed to do when no one is watching. It falls back on training we give these players. They have to be motivated to do what's necessary."

It was an abrupt end to spring practices for the Wildcats and while this are certainly different times for everyone, Coach Stoops says his players are handling this as best they can. "Players are like much of the country. It's an inconvenience but we have to keep things in perspective. I chuckle because I had to mention to a few of our players, 'do you realize how big the world is?' There are very few who are not affected now. Keep it in perspective. Most are mature and they understand but they are kids."

The UK coaching staff continues to build a program that makes True Blue Fans happy and they've been rewarded in raises for that hard work. Coach Stoops was asked about giving some of that back to help the university. "I'm prepared to give back. Chantel and I have been prepared to give back to the community and university if need be. It's probably too early for our administration to comprehend. We need to give back to put resources into our players."

The Wildcats would normally work out in the summer together as a team and then join the coaches for training camp in August.