There is a back-up plan in case he can't go 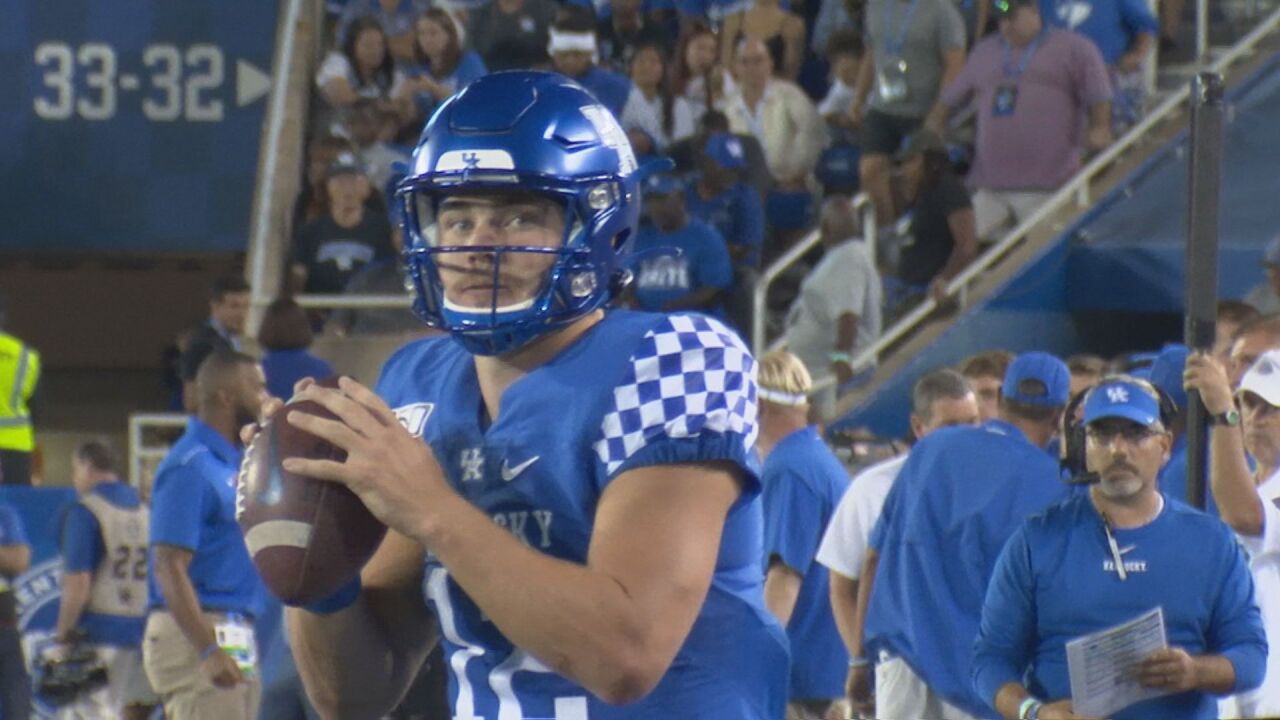 LEXINGTON, Ky. — Sawyer Smith has been banged up the last couple of games for Kentucky. It appears the bye week could have helped him remain in the line-up for Saturday's game against Arkansas.

Smith was injured against Mississippi State but toughed it out to finish that game and then appeared hurt again against South Carolina. So, wide receiver Lynn Bowden, a quarterback in high school, finished out the win. UK Head Football Coach, Mark Stoops, says the week off seems to have helped Smith. "He took a solid week off, and he needed that. And the word I got from our trainer here this morning was that he feels significantly better. So that will be the plan," Stoops said during his weekly press conference. "We'll see. I'm not trying to withhold any information on you guys. It just is what it is. He's banged up, you guys know that. You know the other options that we have been working and but we'll proceed with Sawyer, and anticipate him being the starting quarterback and being able to play this week."

Kentucky hosts Arkansas Saturday at 7:30 on the SEC Network.