Transfer had thought about sitting this season 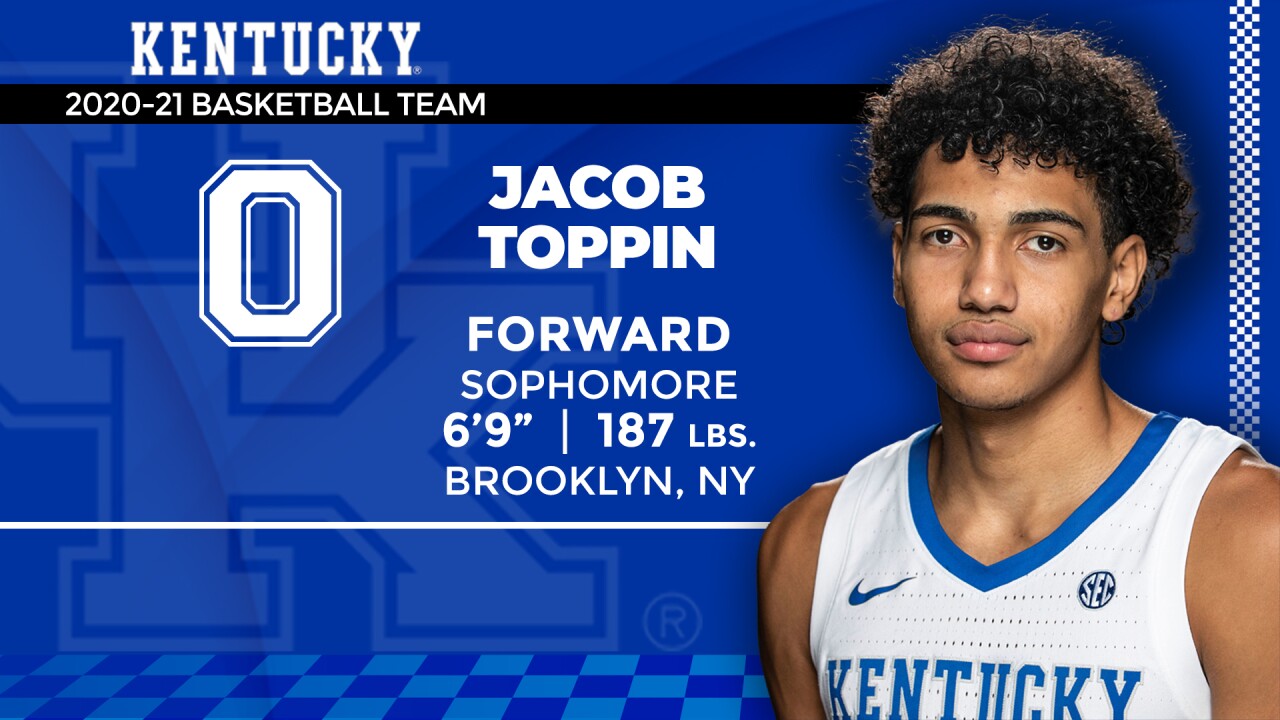 Toppin transferred in the off-season after one year at Rhode Island and had considered using this season to sit out and get his body ready for next year. But, after the NCAA made sure all winter student-athletes wouldn't be penalized for playing this season he sent in a waiver.

The 6'9" forward became an immediate contributor for a Rhode Island team that went 21-9 on the season and finished 13-5 in the Atlantic 10. He scored in double figures five times in his freshman season, highlighted by 12 points and eight rebounds vs. Richmond, a potential at-large NCAA Tournament team this past season, and 12 points in 11 minutes vs. Saint Joseph's. He also performed well vs. his future SEC foes Alabama and LSU, scoring 11 points and 10, respectively, in non-conference play.

“This is a big day for me and I want to thank the NCAA and my Kentucky family for their help in this process,” said Toppin, who transferred to UK in April. “I can’t wait to get on the court with this group of guys and play in front of our fans.”

“Jacob came here needing a fresh start. From day one, he’s been a great teammate and been an important part of this group in practice. He has tremendous upside and a great spirit about him," said Coach Calipari. “I know we’re all looking forward to chasing our goals soon.”