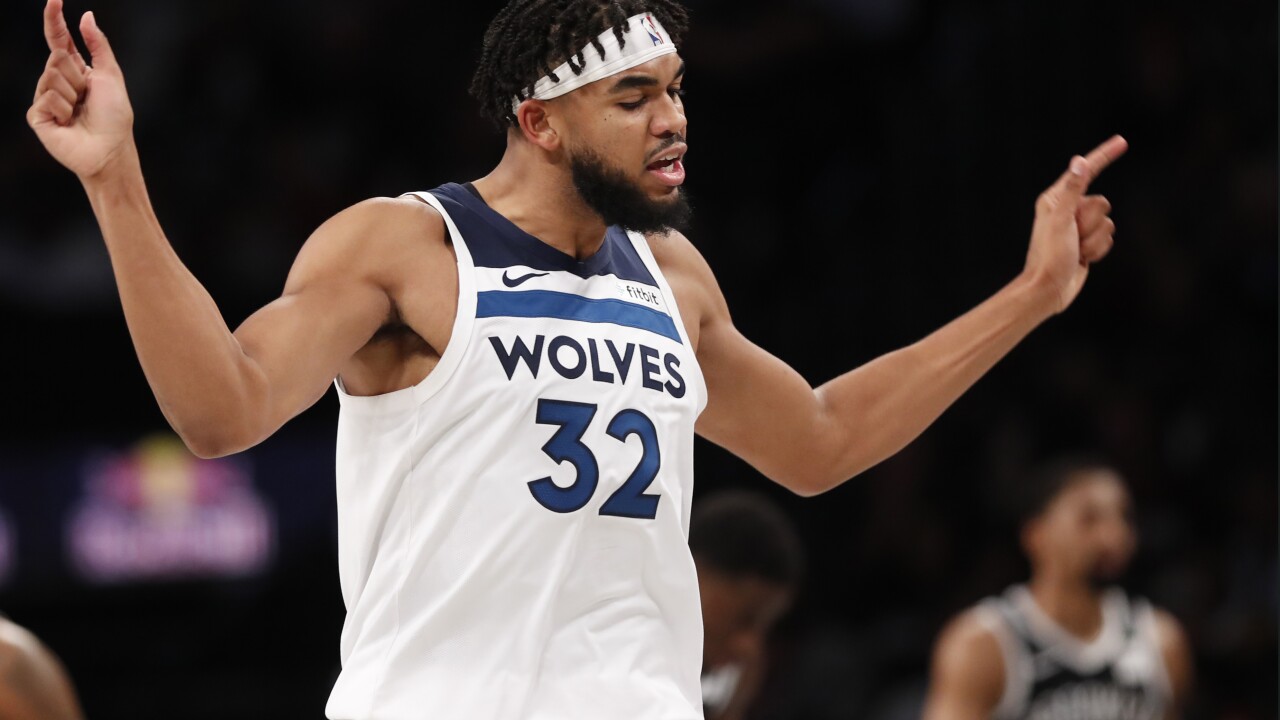 NEW YORK, N.Y. — Karl-Anthony Towns helped the Timberwolves get off to a great start on the season with a 127-126 win on the road over the Brooklyn Nets in overtime.

The former University of Kentucky forward scored 36 points while shooting 7 of 11 from behind the three point arc. Towns added 14 rebounds, 3 assists, 3 steals and 3 blocked shots in the victory. He wasn't even close to having the best game on the court. That belonged to Kyrie Irving who was making his debut for the Nets. Irving scored 50 points and missed a shot at the buzzer that could have won the game for Brooklyn.

The Timberwolves stay on the road for a game in Charlotte on Friday.