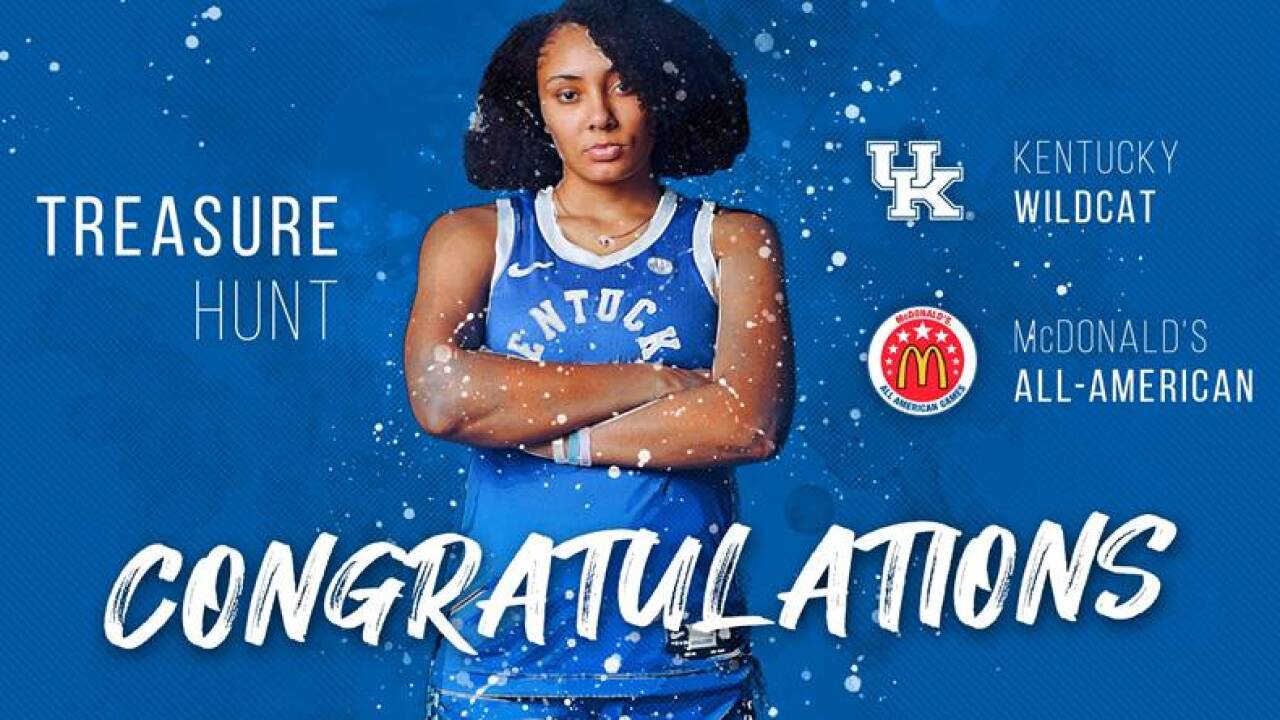 LEXINGTON, Ky. — The University of Kentucky women's basketball team announced Thursday that signee Treasure Hunt has been named to the roster for the McDonald's All-American game.

The 6'2" wing out of Chattanooga, Tennessee is ranked as a top-10 player in the 2020 class by the All-Star Girls Report, while ProspectsNation.com tabs her as their 15th best player in the class. A five-star guard according to ESPN.com, Hunt was recently a gold medalist from the USA Basketball U18 3x3 Tournament, defeating some of the best players in the nation under the age of 18 in the event.

Hunt is part of a three person class for 2020 that includes Nyah Leveretter and Erin Toller.

The McDonald's All-American game will take place in Houston, Texas on April 1.