Three Wildcats rush for over 100 yards 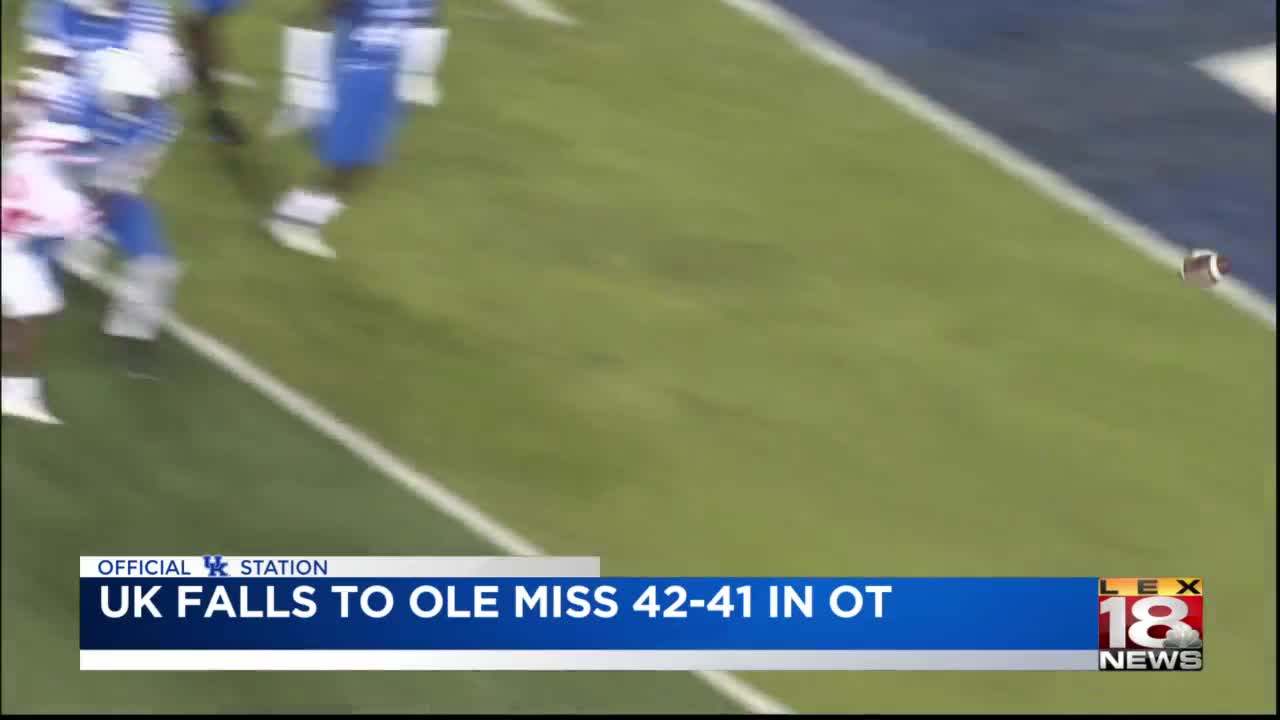 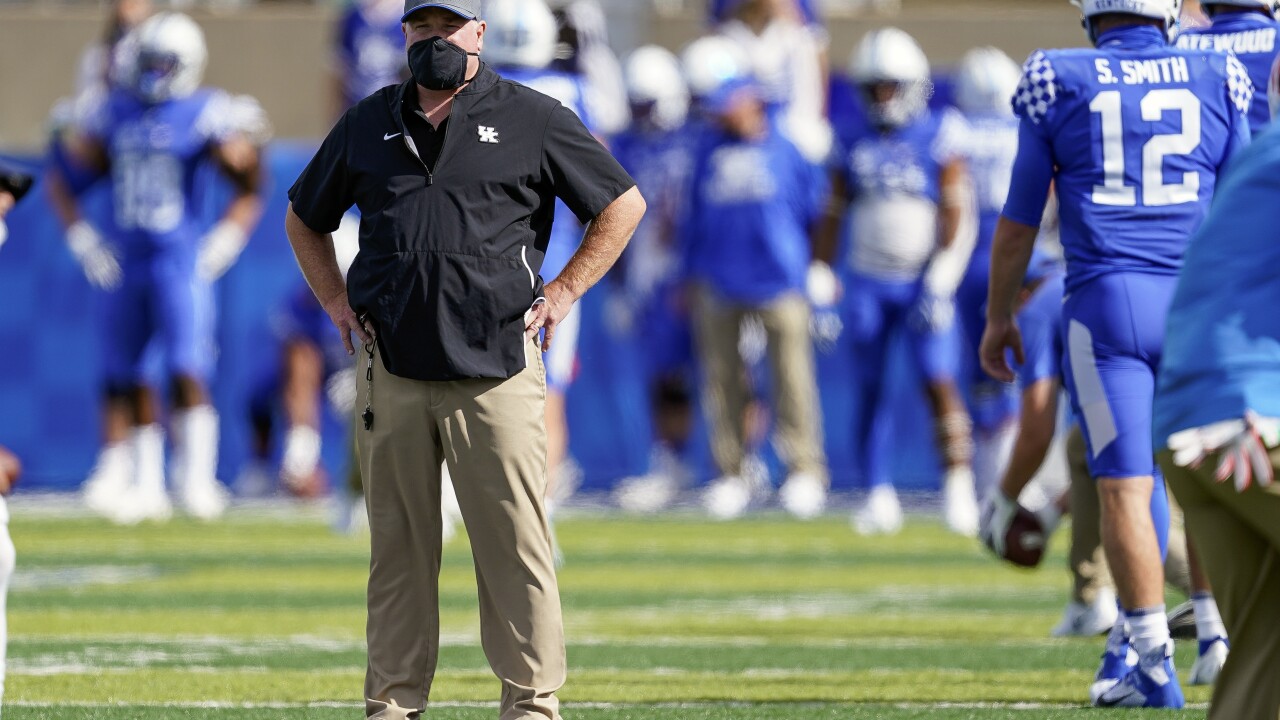 LEXINGTON, Ky. — Kentucky had a 28-14 early second half lead but had to come back to force overtime against Ole Miss.

Ole Miss took the opening kick and took just 2:22 to go 8 plays and 75 yards for the opening score of the game on a Jerrion Ealy one yard carry for the score. 7-0 Ole Miss.

Kentucky would respond on the first play as A.J. Rose broke open a huge run. But he started celebrating early about the 20 yard line and was brought down short of the goal. Two plays later he would fumble while trying to score on a run.

UK would stop the Rebels for a three and out. Then, Kavosiey Smoke ran 19 yards and then Terry Wilson followed with a four yard touchdown to tie the game at 7-7.

After UK got the ball back on offense, Rose ran for 18 yards, Chris Rodriguez for 21 and Wilson found Josh Ali for a 24 yard pass connection. Rose would finish off the drive with a two yard touchdown run out of the wildcat offense. 14-7 Wildcats.

Start of the 2nd quarter, Ole Miss would tie it back up on a Matt Corral touchdown throw to tight end Kenny Yeboah. 14-14.

Kentucky had a big drive right before the half that included an 18 yard pass from Wilson to Ali. Wilson would score for the second time in the game with a 22 yard run where he looked like vintage Terry Wilson cutting and moving to the end zone. 21-14 UK.

The Wildcats got the ball to start the second half and scored on a Chris Rodriguez 22 yard run. Kentucky looked to be pulling away with a 28-14 lead.

However, Ole Miss responded quickly going 75 yards in 4 plays and just 1:24 went off the clock. A Carrol pass to Jonathan Mingo for the touchdown pulled the Rebels within a touchdown.

After a missed Matt Ruffalo 49 yard field goal, Ole Miss would drive to the one yard line. But on 4th and goal from the one, Kelvin Joseph and Josh Paschal stopped Ealy.

Kentucky couldn't move and Ole Miss took advantage driving for a touchdown drive that ended with Corral hitting Mingo for a 16 yard touchdown. The game was tied at 28-28 with 13:37 to go in the game.

Kentucky would get a nice pass play from Wilson to Ali for a 17 yard gain. But the Wildcats chose to go for it on 4th down on the Rebels 35 yard line. Wilson was sacked and Ole Miss took over on its own 47 yard line. Corral hit Yeboah for a 41 yard gain and Snoop Conner scored from two yards out to take the 35-28 lead.

Kentucky put together a nice drive that was balanced with both the run and pass. Wilson hit Akeem Hayes 28 yards to get it down to the two yard line. Chris Rodriguez would score on the wildcat. Kentucky goes 12 plays, 75 yards in 6:19 to tie the game at 35-35.

It would go into overtime. Kentucky would get the ball first and would score on a ten yard run by Wilson. However, Matt Ruffalo missed the PAT and Kentucky's lead would stand at 41-35.

Ole Miss needed a touchdown and extra point to win. Elijah Moore scored on a pass from Matt Corral and Luke Logan hit the extra point to give the Rebels the win.

Kentucky falls to 0-2 with a visit from Mississippi State next Saturday at 7:30.