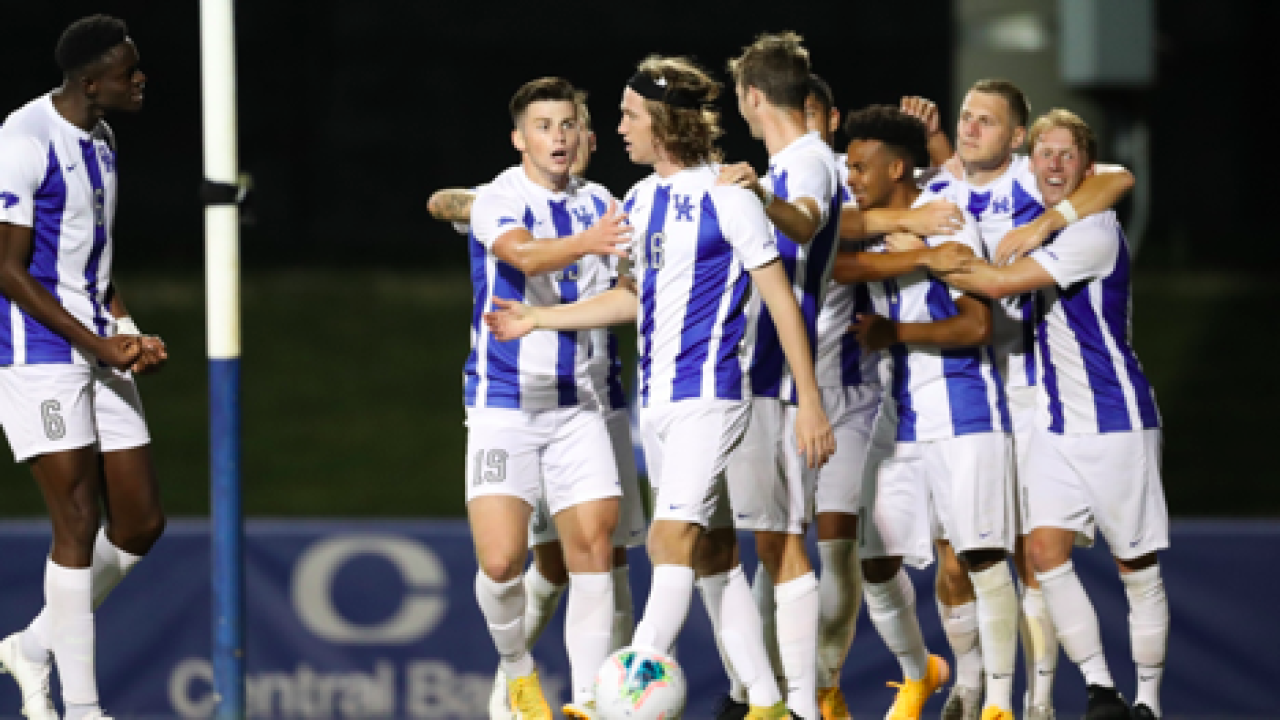 LEXINGTON, Ky. — The Kentucky men's soccer team knocked off Duke 4-2 on Monday night to win their first home game at the Wendell & Vickie Bell Soccer Complex. It was the highest output in scoring in 11 months.

The Blue Devils took the initial lead in the 18th minute on a penalty kick by Jack Doran. UK answered back just seven minutes later Robert Screen's corner found the head of Aimé Mabika, who's 6'6", for the equalizing goal.

The Wildcats improve to 1-1 after a season-opening 1-0 to Notre Dame. UK returns to the pitch on September 28th against rival, Louisville, at 7:30. It can be seen on ESPN3