First of three rounds in Arkansas 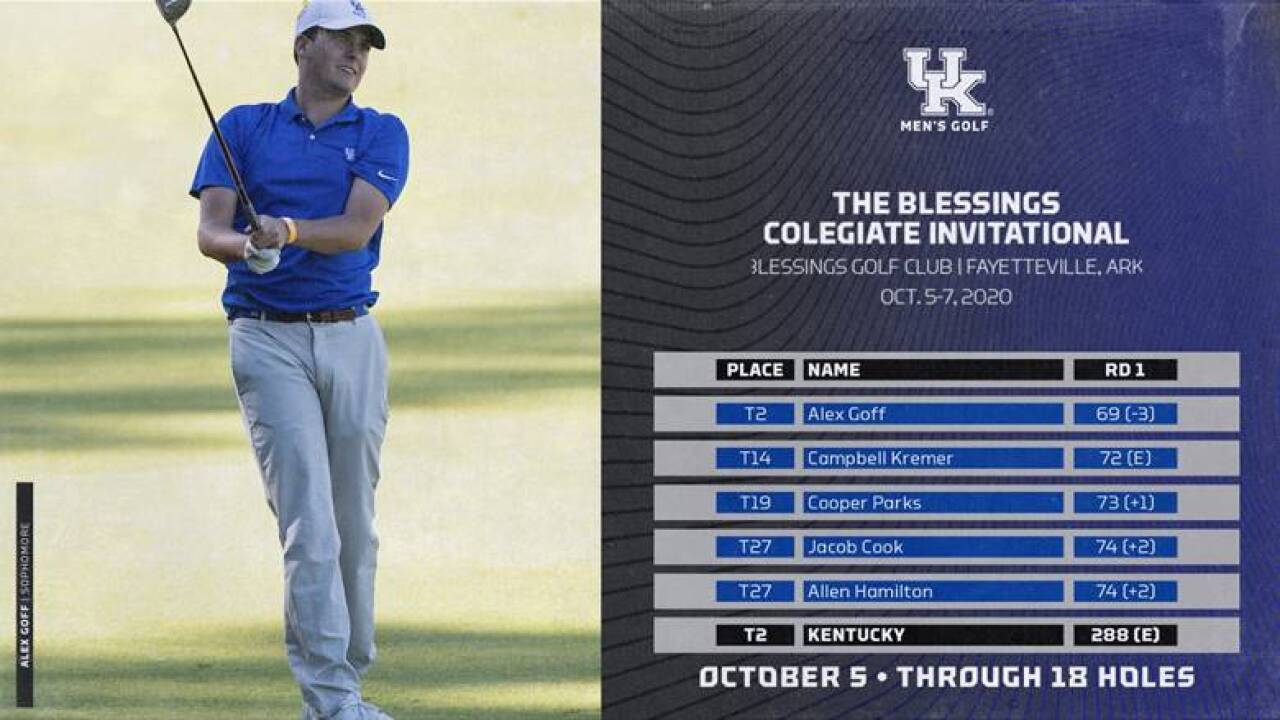 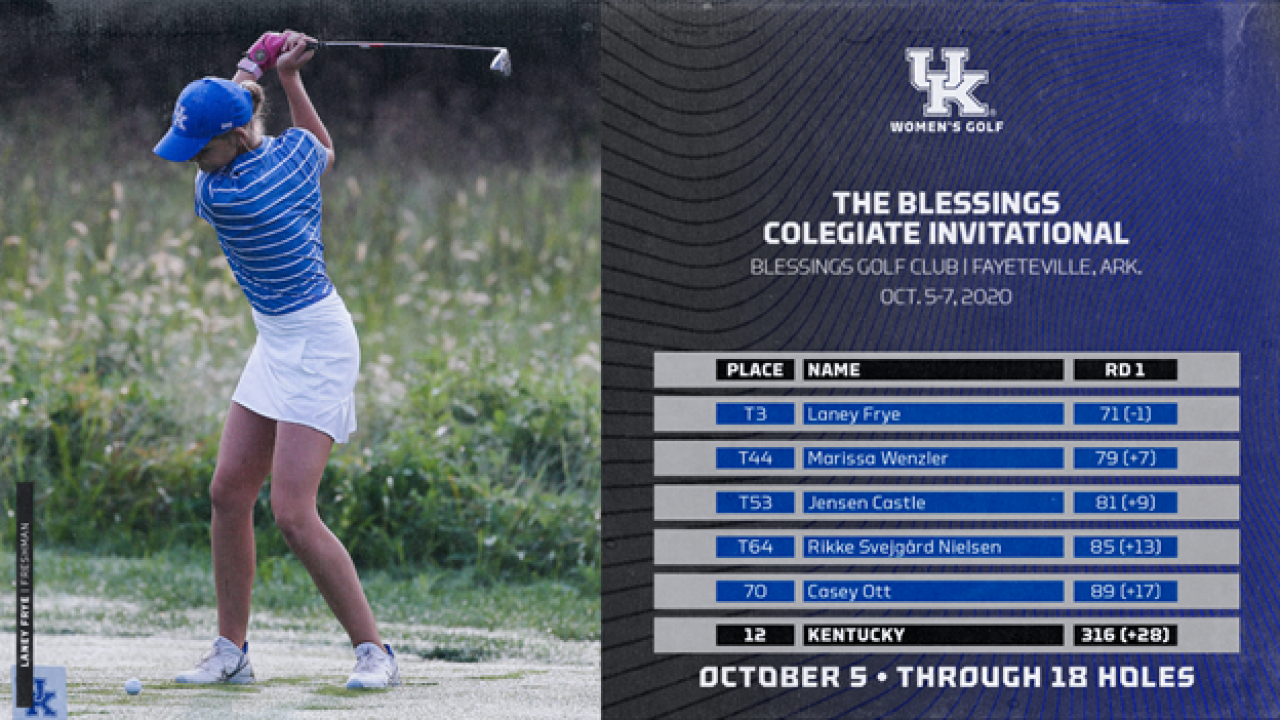 LEXINGTON, Ky. — The Kentucky men's golf team is sitting in second place and the women in 12th during their first tournament of the season at the Blessings Collegiate Invitational in Fayetteville, Arkansas. Two individual Wildcats are also in contention.

Alex Goff, who was carrying a bag with the name of late teammate Cullan Brown, shot a three under par, 69 to sit in second place. He won the Kentucky Amateur at the Lexington Country Club this summer. Goff is one shot off the lead. Campbell Kremer is tied for 14th after an even par round and Cooper Parks is tied for 19th after a one over par, 73. The Kentucky men also sit in second place after shooting even par as a team. They are eight shots back of Texas A&M.

The women were paced by former Lexington Christian golfer Laney Frye. The freshman made her debut with a one under par 71. The women are sitting in 12th.

Round two of the tournament continues on Tuesday with the Golf Channel carrying coverage from 3:30 pm - 7:30 pm.