Big Blue Wall one of 22 schools up for the honor 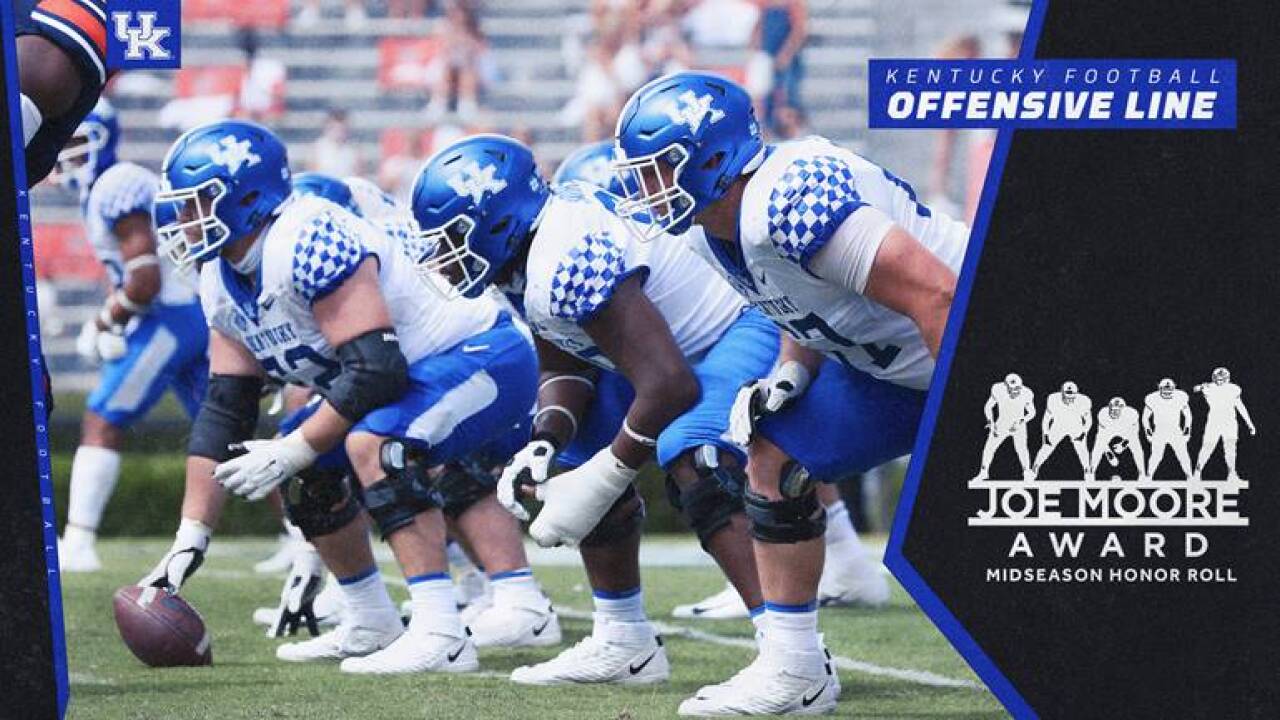 LEXINGTON, Ky. — The University of Kentucky offensive line which is affectionately known as the Big Blue Wall is still up for the honor of winning the Joe Moore Award. Twenty-two schools in all are on the mid-season watch list for the award which will be given out in late December or early January.

The Wildcats line is fourth in the Southeastern Conference in rushing at 178 yards per game. Kentucky’s top three running backs (Christopher Rodriguez Jr., A.J. Rose and Kavosiey Smoke) are averaging 5.9 yards per rush (1,058 yards and seven touchdowns), while Rodriguez leads the SEC and ranks 18th nationally at 6.39 yards per carry.